The Necessity of Change 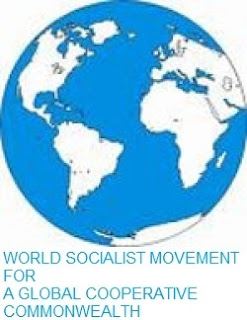 The world is in a sad plight. It needs new revitalising forces and a, broad vision. There can be no return to capitalist normalcy. The whole world is in ruins. It has been wrecked by the pandemic. The human family may never fully recover from it. Normalcy means the former  age of international capitalist rivalry and unlimited exploitation and oppression of labour. Reaction is rife all over the globe. The capitalists have entered upon an open and relentless campaign to destroy the labour organisations and break the fighting spirit of the workers, to cut their wages, to lengthen their work hours, to throw them back into the conditions of unprotesting, non-resisting slavery of former generations. The attacks has met decided temporary success. The capitalist reactionaries are triumphant

There is nothing but strife ahead of mankind unless the entire machinery of capitalism is scrapped, and the workers of the world take hold of the industries and run them rationally and peacefully for the equal benefit and happiness of all people and all peoples. We strive to bring about the working class control of industries based upon the principles of democracy and majority rule. We are bitterly opposed to violence and oppression exercised by the capitalist class; we do not propose to supplant them by working class violence and oppression. We hope to bring to all mankind a steadily increasing measure of freedom and happiness.

The Socialist Party believes in fighting for every tool of democracy it is possible to lay hold of. It believes that the human mind must be reached and convinced before efficient action can accomplish anything. When we can convince a majority of our fellows that the putting into practice of our principles will bring about an era of industrial freedom — the only true freedom — then we know our goal will be achieved. It cannot be gained until we do this. We do not believe in minority rule of any kind, no matter by whom. We do not believe in dictatorship, whether of the plutocracy or the misnamed “dictatorship of the proletariat.” We have been for centuries and are now suffering from dictatorships, and we want to help abolish them from the face of the earth. Our role is to do our part in convincing the majority that they must use their organised industrial and political power to achieve their freedom. We believe in using every effort to overthrow the present economic system called capitalism. We believe in using every effort to capture the political power of the state to be used in overthrowing this system. We believe in it because we also believe that the peaceable method of the ballot is the most efficient method; that it is real “direct action.”

The aim of the Socialist Party, is the emancipation of labour and the establishment of the cooperative commonwealth. The Socialist Party is the political expression of the interests of the workers in this country, and is part of the worldwide working-class movement. The economic basis of present day society is the private ownership and control of socially necessary means of production, and the exploitation of the workers, who operate these means of production for the profit of those who own them. The interests of these two classes are diametrically opposed. It is the interest of the capitalist class to maintain the present system and to obtain for themselves the largest possible share of the product of labour. It is the interest of the working class to improve their conditions of life and get the largest possible share of their own product so long as the present system prevails, and to end this system as quickly as they can. In so far as the members of the opposing classes become conscious of these facts, each strives to advance its own interests as against the other. It is this active conflict of interest which we describe as the class struggle. The capitalist state, by controlling the old political parties, control the powers of the state and uses them to secure and entrench its position. Without such control of the state its position of economic power would be untenable. The workers must wrest the control of the government from the hands of the masters and use its powers in the building of the new social order, the cooperative commonwealth. The Socialist Party seeks to organise the working class for independent action on the political field, not merely for the betterment of their conditions, but also and above all with the revolutionary aim of putting an end to exploitation and class rule. Such political action is absolutely necessary to the emancipation of the working class, and the establishment of genuine liberty for all. To accomplish this aim of the Socialist Party is to bring about the common ownership and democratic control of all the necessary means of production — to eliminate profit, rent, and interest, and make it impossible for any to share the product without sharing the burden of labour — to change our class society into a society of equals, in which the interest of one will be the interest of all. The Socialist Party is opposed to all political organisations that support and perpetuate the present capitalist profit system and is opposed to any form of horse-trading or alliances with any such organisations to prolong that system.