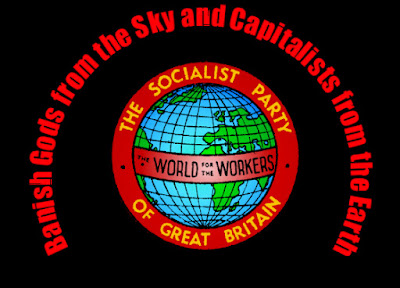 Capitalism is its own grave-digger. That is to say it provides and develops the means by which the capitalist social order will be brought to an end.  The role of the Socialist Party is clear. The material world demands critical analysis in order that social problems are understood. The solution to those problems must be explained in unambiguous and practical fashion. Working-class problems are material; their solution, Socialism, consists of material proposals. Socialism concerns itself with making life worth living for every human being: life in its fullest and finest sense—life that is Life indeed.

All men and women of the working class who think clearly, and feel deeply, must come to one conclusion when they consider the worker’s existence under capitalism. They cannot help seeing the great contrast existing between their own lives, as a class, and life as it might, and could, be. To very many of the workers life seems one long round of economically-forced toil and impaired health. The Socialist Party is out to abolish, not only the conditions of poverty, privation and preventable misery, but the very system itself which causes them. Socialism, is the only practicable solution for abolishing the many evils that are the product of the operations of capitalism. Socialism  is the only system that can effectually realise for the world’s billions of toilers a real, true and full Life, such as should be theirs who are the wealth creators. The Socialist Party seeks  a world where peace reigns from Pole to Pole; a world where war and the very causes of war are abolished. We desire a full, joyous and unfettered life for the peoples of all lands. We strive for the complete emancipation of the world’s workers from their wage-slavery, so that all these desirable things should be theirs in complete fulness. We must overthrow the capitalist system, and establish in its place the Socialist Cooperative Commonwealth of the World. The social system of to-day does not assure or guarantee that the world’s inhabitants shall be amply fed, with adequate healthcare  and properly housed to suit human needs. Based on the private ownership of the means of life, capitalism exists simply for the benefit of those who live on “Rent,” “Interest” and “Profit.” So long as we continue to tolerate this system of private ownership and production for profit, so long will the needs of humanity be disregarded.

The starving  want food, and they cannot buy it because of their poverty. Those living on the streets and in the world’s slums and shanty-towns want decent homes and an end to hovels, squalor and filth. The sick and the disabled need doctors, nurses and hospitals. “Man's inhumanity to man,” as Robert Burns so aptly phrased it, is exemplified to the nth degree by the social system we know as capitalism.

Owning the means and instruments of wealth-production and distribution, and being in complete control of political power it is obvious that the Master Class have the means to exercise their will and wish over the world’s working peoples in any and every way they desire. They hold control over our lives. The capitalist system exists for their benefit as a class; it is operated to increase their wealth; and lives and thrives as a system of thievish gain by systematically robbing the wealth-producers. We as wage-slaves will have to create surplus-values for their employers, which they, as workers, will be robbed of, and will not benefit by. After being exploited and robbed for, say, forty years, by the operations of a ruthless wage-system, they will be very little better off financially than when they started. What a future prospect we have in store for ourselves

The Socialist Party is very clear that we are not only concerned about the ”bread-and-butter” business of "making a living”; we know that is fundamental. We desire that life for mankind should be the freest and fullest possible, and that every part of our physical, mental and cultural nature should have the finest opportunity for splendid development. Socialism will  free Mankind  from  age-long bondage of wage-slavery. Socialism, alone, being based on a splendidly firm economic basis, can assure humanity of a perfect foundation for the Socialist Cooperative Commonwealth. 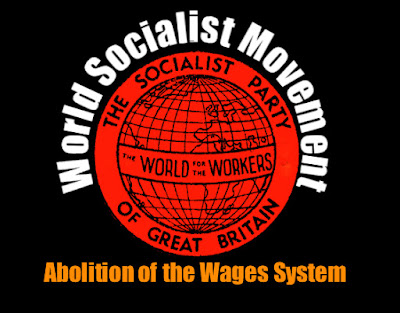