Want in the midst of plenty 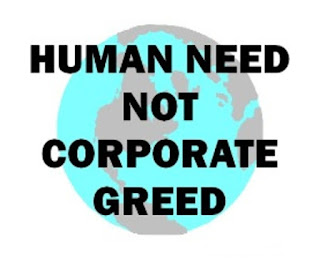 Stunting is a disease of malnutrition, preventable by proper food – of which there is plenty in the world and of which, under a socialist system, there could be even more. The reason for that is that under socialism food would be produced for use, for the good of all humanity. Under capitalism, food is produced primarily for profit; needs are completely secondary. That today children in this modern world still hunger is a testimonial of social injustice – not of social necessity. For today there could be plenty for all the world now being laid waste by disease and war instead. Mankind has learned to fashion technology which are miracles of production for factory and farm. The world is teeming with millions of able hands and capable minds willing to build and operate those machines for production of abundance. Wonderful means of transportation exist to distribute to people, according to their needs.  Instead of the good things of and for life, what is delivered are bombs and destruction. It is the outcome of capitalism standing in the way of the peoples of the earth.  Capitalism developed the productive forces to a massive extent, so that plenty for all is possible. The anarchic competition between the capitalists imposes tyranny over the workers in every capitalist enterprise. Extreme wealth coexists with dreadful poverty. Famines have been around for thousands of years. But they were the result of the scarcity of food. Today, under capitalism, we have millions starving while there is surplus grain in the world.

For the peoples of the world to receive the things of life in peace and plenty, they must rid themselves of the motives of capitalist profits. Socialism, and only socialism, will create a world without national barriers, without international rivalries, without master and slave nations and, hence, a world without war.  Its primary duty will be to conduct the affairs of the world with the aim of eliminating poverty, joblessness, hunger and general insecurity. Its sole criterion would be the needs of the people. Socialism will guarantee peace, security and freedom and prevent the destruction of mankind. Socialism will end the root evil of modern society, i.e., the private ownership of the means of production, the factories, mines, mills, machinery and land, With socialism, these instruments of production will become the property of society, owned in common, producing for use, for the general welfare of the people as a whole. With the abolition of the private ownership of the means of life and with it the factor of profit as the prime mover of production, the sharp divisions of society between nations and classes will disappear. Then, and only then, will society be in a position to become a social order of abundance and plenty for all, for socialism will create a new world of genuine cooperation and collaboration between the peoples of the earth. The preoccupation  of socialism will be to assist in the elevation of society, to improve continually the living standards of the people, to extend their leisure time and thus make it possible to heighten the cultural level of the whole world. In abolishing classes, class government and war, socialism will at the same time destroy all forms of dictatorship, political as well as economic. World socialism will be the freest, most democratic society the world has ever known, truly representing the majority of the population World socialism will assess the industrial potential of the planet, determine its resources, the needs of the people and plan production with the aim of increasing the standards of living of a free people, creating abundance, increasing leisure and opportunity for cultural enjoyment.

Socialism will not concern itself with profits and war, but with providing decent homes for all the people. Socialism will provide for a multitude of schools for all the people. Socialism will create a system of health care in which the needs of the people would be paramount consideration. Socialism will provide jobs for all. But this will be work without exploitation. For the aim of socialism is not the increased exploitation and intensification of labour, but the utilisation of machinery, technology, science and invention to diminish drudgery, to permit all the people to enjoy leisure and the benefits of social progress. Socialism will place at the disposal of science and the scientists all the material means to help create an ever-improving social life for mankind. Socialism will place science where it properly belongs: in the service of the people,  to make it more possible for humanity to control our natural and social environment,  to create a fruitful life of abundance. We can travel the road of chaos, war, poverty and barbarism, or we can take the socialist path toward true freedom, peace and security, towards a society of plenty for all which would end the exploitation of man by man for all time. 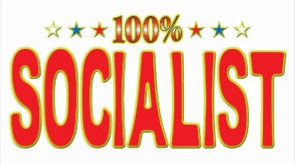