The struggle for socialism cannot be postponed 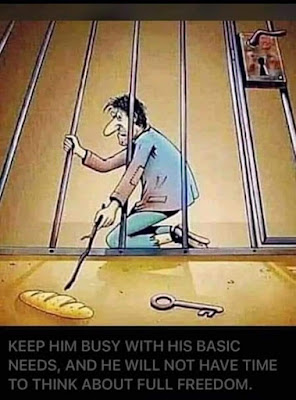 The Socialist Party advocates the social revolution. Do we try to make it, to accelerate it? Not so. Rather we strive to prepare for it. No person can make this revolution any more than a person may prevent it. Nor can any person tell the day of its coming. But we do incessantly call out “The Revolution comes.” Socialism is essentially revolutionary, politically and economically, as it aims at the complete overthrow of existing economic and political conditions. We should organise and be prepared for what might be described as a revolutionary outbreak. So let us be aye ready. Let us by education and by organisation prepare ourselves and one another.

Socialism neither altruistic nor egotistic; they are intrinsically neither selfish nor unselfish. Socialism presupposes a condition of things in which the good of all will mean the good of each; and a society so constituted that the individual cannot serve oneself without serving society, and cannot injure society without injuring oneself. Thus there will no longer be altruism and egoism, selfishness and unselfishness.

The members of the Socialist Party want the cooperative commonwealth to come as quickly as possible and believe that the world will never have permanent peace and prosperity until its economy is transformed and founded on socialist principles. But socialism cannot be established in any country until the majority of the people are ready to establish it. Presently, the fact remains that the great majority of the people are not ready to take the necessary steps to secure the change. Socialism is still in its advocacy stage. We have not arrived at the moment when the peoples are convinced that fundamental changes are necessary to achieve social well-being.

With a socialist society the means of production will be free to provide for the needs of the people. The capitalist profit-makers will have passed into history. The working people will be in control of industry. Perhaps all will not be smooth sailing on calm waters. A little confusion here, a little stupidity there, may well occur. However, not as  they are characteristic of capitalism; but merely as the natural mistakes made by human beings on the road to a better life.

A socialist society, as such, with its production for the use of all its members and not for the profit of the few, implies the requirements of life being equally within the reach of each and all. In such a society, therefore, the bogey over the amount paid in wages will disappear since the wage-system itself will have disappeared, the whole wealth of the socialised world being created for the needs of the inhabitants of that world. Some may require more of the “good things of life,” others less. But whatever the requirements of the world socialism will afford abundant means of satisfying each and all. The real job today is to spread the ideas of socialism, organise the workers to wipe out capitalism with its waste and be able to plan production for need. PLENTY FOR ALL.

The Socialist Party embraces the aspiration to transform private property in the means of production,  into common property, and to achieve this through the political struggle, to the conquest of State power.

Working class unity makes it impossible for the capitalists to go on in the old way of divide and rule. Working class unity enables us to combine our tactics for defending our class with the strategy of liberating our class. Working class unity is revolutionary. The position of the Socialist Party is one of hostility to the existing political order. That order is based upon private property in the means of production, and its function is to maintain and defend that property in the interests of the dominant class. Socialism cannot be achieved as a result of a series of reforms within the framework of the capitalism. Socialism cannot be introduced piecemeal. 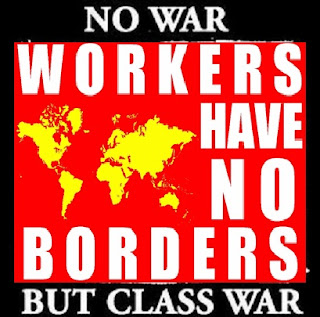