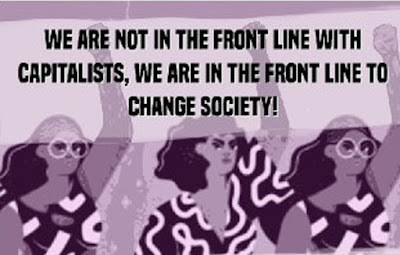 Capitalism is utterly incapable of assuring the well being of the majority of people. In the midst of abundance, with a productive apparatus which could, well organised and directed, cover more than all the present requirements of humanity, capitalism dooms millions to misery. All the ruling classes of all countries are bandits no matter what the pretentious and hypocritical slogans they spout. Poverty continues to increase in the middle of abundance. Capitalist social relations, its national boundaries, are strangling the economic and social development of man. It is more than ripe for socialist reorganisation. Its prolonged existence can only add to unending horror and misery.

Humanity can only be saved from the new barbarism that menaces it by socialism. The great tragedy is the fact that they themselves prevent the realisation of its mission of emancipation. Instead of dispatching the putrefied corpse of capitalism into the limbo of history, our fellow-workers unite to patch it up and preserve it. They have long since abandoned the class struggle and concentrate all their efforts toward bringing the working class into the service of capitalism through class collaboration. The world’s workers cannot advance without breaking the wage-slave chains that shackles them to capitalism.

The Socialist Party does not hide its aims. It makes known is principles to our fellow-workers irreconcilable opposition to the capitalists and class struggle against injustice, against exploitation, and against oppression. We want a new system based on economic prosperity for everyone. Innovations and inventions have resulted in an achievement of production without precedent in the history of mankind. Where abundance should prevail capitalism has caused poverty; people die of the cold and of hunger; women suffer, children  succumb to preventable illnesses. How is it that people have to undergo such tremendous sufferings in spite of the fact that we have abundance of natural resources - a very fertile soil producing rich harvests; below the soil great quantities of ores and minerals and above all, the labour power of millions of people? The capitalist economy that is responsible for the present exploitation and oppression of the people. It is the capitalist relation of production that is at work; everywhere the production is being governed by the capitalist owner and wage-labourer relationship. The fundamental law of capitalism is capital accumulation by investing capital either in land or in industry, that is, investment of capital for production and raising further capital by selling the produce in the market. In the capitalist system the capitalists invest capital in mills and factories and produce commodities which they sell in the market at a price higher than the money invested to earn profit. They earn this profit by exploiting the workers, by appropriating the surplus value created by the labour power. whatever be the condition of capitalism, advanced or backward, capitalist exploitation is the principal cause of all misery, it is the main enemy of the people. Under capitalism, the anarchy of production is determined by the fact that goods are produced for the market and not for use. The market is the regulator of production.

Under socialism, production and distribution will be determined by democratic social planning. Technology has the power to prevent poverty and privation but who holds the key to this technology? The capitalists and they are motivated solely by profit. 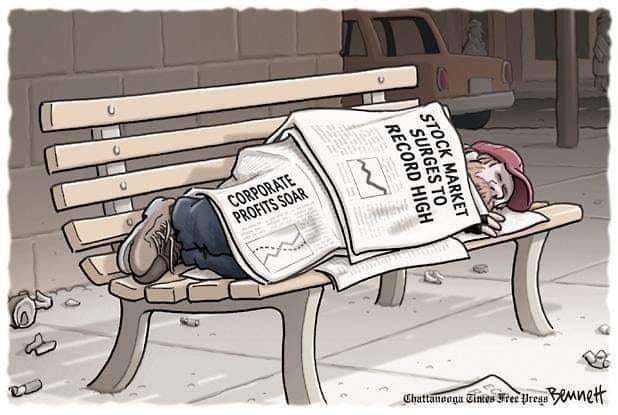