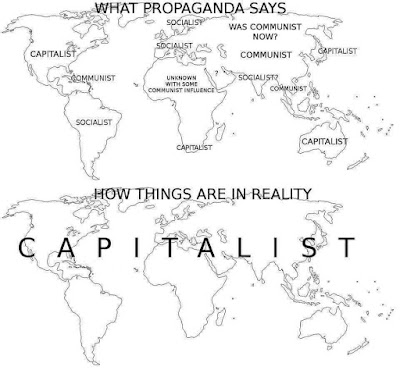 All kinds of nationalism are pervasive in the world today. The conflict between national interest on the one side, as opposed to human interest on the other, can hardly fail to constitute one of the great issues of the world. Nationalism is an unmitigated curse. It leads inevitably to chauvinism and to national aggression. It leads to a patriotism for the soil, for the particular bit of the planet’s surface on which a particular person has been born. It leads to racism and bigotry, to petty rivalries.

Patriotism is an objectionable sentiment since it means the placing of one’s own country, its interests and well-being, above those of the rest of humanity. Nationalism always claims certain virtues as the peculiar, exclusive possession of certain nations. If individuals make such claims, they are laughed to scorn. Why — with what logic — may nations make such claims? Nationalism claims that the culture belonging to one nation is distinct from that belonging to any other. This was so in the past, but the natural evolution of mankind is making it less so. Increased means of communication — the mass media, the internet and swift transport have caused no essential difference between any one of the countries of the world. Even language is tending to become universal with English becoming the lingua franca of commerce, science and the arts. More people understand each other today than ever before. Governments are coming to resemble each other. Global councils and organisations are becoming international. It is only by the most artificial kind of promotion that nationalism is kept alive.

A person who wants to see his or her country great and strong invariably wishes to see it so, if need be, at the expense of the welfare and interests of other countries. A nationalist says “My country right or wrong. The Socialist Party regards nationalism as the enemy of socialism. Let us cast off all sectionalism, all parochialism, and sit down as brothers and sisters together  against the common capitalist enemy. Mankind must become one family or destroy itself. The Socialist Party reaffirms its allegiance to the principle of working class solidarity the world over.

Our role in the  Socialist Party is to develop a class “patriotism,” refusing to murder one another for a sordid world capitalism.

National struggles are a diversion from the class struggle. There are no short-cuts to the socialist revolution, and those who take the nationalist path retard its coming. We hold emancipation of the worker requires the conversion of the means of production into the common property of society.

Socialists have always claimed that at the bottom of all war there is an economic cause. “Sphere of influence” is only an elegant euphemism that really means exclusive possession of a foreign market and trade privileges. But today, with nationalistic preaching playing right into the hands of the powers that be, it is easier than ever to obscure this fact. Nationalism is the cloak behind which the economic causes work. Nationalism is the best camouflage for the intrigues and machinations of capitalists. Socialism adopts a policy of unrelenting antagonism toward nationalism.

There is only one real alternative to the present centralised and bureaucratic capitalist nation-states  and that is the world socialist cooperative commonwealth. 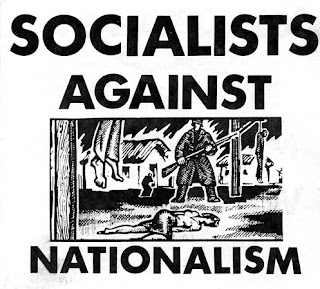