A rat race is for rats. 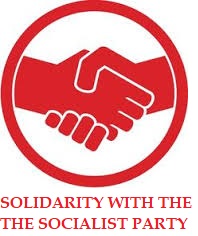 Our socialist message is said to be repetitive and we plead guilty to the charge. When faced with the power of the pro-capitalist media, many things require repeating over and over again. Capitalism can only create a world of war, injustice and harm to the environment. Capitalism has brought humanity to the brink of  disaster.

The current social order cannot continue without catastrophe occurring yet we there are large numbers who lack a vision of what might replace it. The purpose of the World Socialist Movement (WSM) is to argue for a viable post-capitalist society. We propose a vision in which peoples’ needs form the basis of production. Some critics of capitalism have suggested workers’ cooperatives as an alternative model but  production continues to be on the basis of wage-labour manufacturing commodities in order to sell them on the market in competition with other such enterprises. Such model are not fundamentally different from the exchange economy of capitalism. Continuing to have production conducted on the basis by which workers sell their labour power to employers (who then engage in commerce trading  with each other for a market share so to get exchange value back with which to buy more labour power is capitalism.

The WSM offer a different view of what kind of new world we should aim for where the people themselves choose what might be produced and and decide how we might do it where nobody is obliged   need to, nor be able to, sell their labour power. Work will be voluntary. Selling one’s labour power makes it and its products into commodities with exchange value. People will nonetheless work, not out of a need to get pay in order to live, but as part of their contribution to the community and with work re-designed receiving job-satisfaction and enjoyment from the social involvement of it.

To make it possible for people to avoid selling their labour power, we will have to find ways to make a decent living standard available to everybody. Marx suggested an initial temporary expedient of labour-time vouchers that people will be provided with what they need to consume by giving workers an amount tied to the number of hours that they work. We suggest such a framework is no longer necessary. Automation and artificial intelligence has resulted in the possibility of abundance with the minimum of labour-effort. If wars are largely based on capitalism and its needs, as  socialists believe, then we no will longer need to engage in the vast amount of human labour and ingenuity expended on war and the preparations for war, and this can give more resources for better constructive purposes.

The WSM holds the view that apart from perhaps a few luxury items a system of free access to goods and services is an immediate prospect. We do not adhere to what can be described as the “lazy, greedy parasite” hypothesis where individuals will wastefully over-consume and engage in status-seeking conspicuous-consumption patterns. Our desires and culture will be re-shaped in profound ways and our social values will undergo great changes for the better.

As Glasgow’s own son, the late Jimmy Reid, declared, “A rat race is for rats. We’re not rats. We’re human beings.”

We can get away from a culture of compulsive sociopathic competition and build a society where we can care for each other and enjoy taking time talking together and engaging with one another. 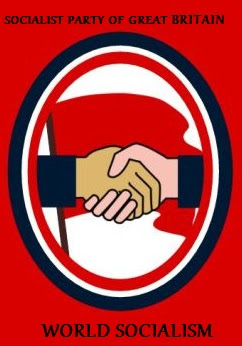