Their Scotland or Our World? 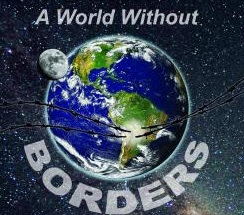 On 6 May, you will have your occasional ration of democracy with the opportunity to vote for the glorified regional council known as the Scottish Parliament.

It's all very well having a vote—but are you normally given any real choice? Let's face it, if it wasn't for the politician's head on the front of the election leaflet, could you tell which party was which?

It's tempting—in the absence of any real alternative—to get drawn into the phoney war that is political debate today. Whether Labour or SNP, Lib Dem, Tory, SSP, ,Respect, they all spout the same promises. And it all amounts to the same thing—they offer no alternative to the present way of running society.

Do you really think who wins an election makes any difference to how you live? And do politicians (whether leftwing, nationalist or rightwing) actually have much real power anyway? OK, they get to open supermarkets and factories, but it's capitalism and the market system which closes them down.

+ Why is there world hunger in a world of food surpluses?

+ Why are there unemployed nurses, alongside closed-down hospitals and waiting lists?

+ Why are there homeless people in the streets and empty houses with "for sale" signs?

+ Why do some people get stressed working long hours while others get stressed from the boredom of unemployment?

So what's the alternative?

We in THE SOCIALIST PARTY are not standing at this election ourselves but we still are putting forward an alternative to capitalism and the madness of the market—a society of common ownership and democratic control. We call it socialism.

But real socialism. Not the elite-run dictatorships that collapsed a few years ago in Russia and East Europe. And not the various schemes for state control put forward by the old Labour Party. For us socialism means something better than that. We're talking about:

+ A world community without any frontiers.

+ Everyone having access to what they require to satisfy their needs, without the rationing system that is money.

+ A society where people freely contribute their skills and experience to produce what is needed, without the compulsion of a wage or salary.

If you don't like present-day society ... if you are fed up with the way you are forced to live ... if you think the root cause of most social problems is the market system, then your ideas echo closely with ours.

We are not promising to deliver socialism to you. We are not putting ourselves forward as leaders. This new society can only be achieved if you join together to strive for it. If you want it, then it is something you have to bring about yourselves.

If you agree with this, you’ll obviously not want to vote for any of the candidates on offer. But you can show you want real socialism by writing WORLD SOCIALISM across your ballot paper.