No freedom under capitalism 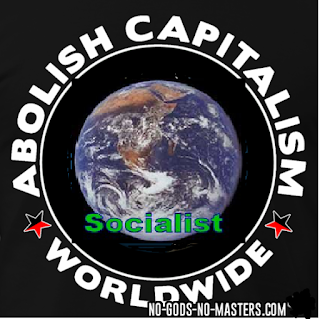 The modern world economy is dominated by the capitalist mode of production. Under capitalism, money is used to make more money. Profit drives production, not social need. And capitalist production does not proceed in a straight line upwards. It is subject to recurrent crises of “booms and slumps.” Capitalist businesses do not cooperate to produce the things and services that society needs. On the contrary, they compete with each other to sustain and increase their profit. To do so, they make workers work longer or harder, but they also increasingly use new technology to boost the productivity of labour to get more value. Under capitalism, slumps will reoccur and inequality will remain. The end of poverty and prosperity for the majority can only come through replacing private production for profit with democratically planned production for social need.

The Socialist Party maintains that our society is divided into classes based on groups of people standing in the same relationship to the means of production. It holds that the interests of these classes are antagonistic and irreconcilable and that a constant struggle goes on between them over the division of the wealth that. society produces. The owning class is the ruling class because it controls the government. The government protects the capitalist class by protecting the source of its economic strength private property. It is the will of the capitalist class that the rights of private property be protected. It uses its control of government to write down its will and call it law. It uses its control of government to enforce its will, the law. The law is the voice of the ruling class.

While wealth is produced for private profit only that number of workers will be employed that is required to produce for the effective demands of the market, plus those attending to the personal wants and pleasures of the capitalist class. With improved means of production — and war accelerates the improvement of these means — fewer workers are required to turn out a given amount of wealth. As these improvements are brought into being far faster than either the growth of population or the waste of the master class can keep pace with them, it is evident that, apart from temporary fluctuations, unemployment is bound to increase. Even the temporary fluctuations tend to decrease as capitalist control becomes more highly organised in multinational corporations.

None of the political parties at present in Parliament desire the abolition of the private ownership of the means of life. Conservatives, Labourites, LibDems and nationalists openly repudiate any such intention, while the left-wing by its support of, and endeavours to crawl into the Labour Party, shows its readiness to support capitalism in practice, contradictory though this may be to Trotskyist theoretical claims.

Only by abolishing the cause of unemployment, wars and misery can the workers achieve health and happiness. The workers must give their attention lo the abolition of this cause — the private ownership of the means of life.

The master class rule to-day because the workers have voted them into Parliament —the great law-making and force-raising portion of the political machinery. With this power in their hands the masters can dictate terms of living to the workers, because with the forces mentioned above at their disposal they can not only keep the workers away from the means of production but also from any wealth already produced. The workers lives are thus under the control of the capitalist class. In other words, the workers are slaves.

And slaves they will remain until they acquire—first the knowledge that they are slaves; then the will to attain freedom; and build up the organisation necessary to capture political power.

The only organisation capable of reaching that object is a socialist organisation. Until that organisation is sufficiently strong to put forward its delegates as candidates, it must continue its educational work of making socialists.

Capitalism was, and is, the economic system; the capitalists were, and are, the dominant class; and the workers were, and are, exploited. If you ask what is to happen to workers in the meantime, our reply is simple. You are poor and your position is hopeless because you are wage-slaves So long as you remain wage-slaves you will have to suffer from the evils that go with wage-slavery, and it does not matter whether that be under a Conservative,  a Labour government or a SNP one in Holyrood. We however urge you to recognise that it is the capitalist system which is at fault, and it does not matter to you what is the label of the political party which administers that system. Until you have overthrown capitalism you are going continue to suffer as you suffer now. You will not find a solution in binding yourselves hand and foot to the State machine of any government. As for the notion that your efforts can be well spent asking for instalments of socialism, that is based on utter illusion. This country is rotten with social reforms, and they are being added to every year; and yet not only have these brought no progress towards socialism, but the real foundation of capitalism is stronger than ever it was. The sooner you turn aside from the long-exploded quack remedies offered to you and set yourselves to the task of promoting and campaigning for socialism and organising the workers for its accomplishment, the sooner your problems will be solved, and the less will be the cost to you in poverty and suffering.

Years and years of reforms have not prevented a worsening of the workers’ condition, neither can it be shown how reforms of the future can remove the cause of those conditions, they would not fundamentally alter the relation of capitalist and wage worker, and if masquerading as a form of “socialism,” could only be in such guise to delay the advent of socialism a system in which class domination would cease to be. Only the working class themselves, understanding socialism, and organised for its establishment, can end capitalism. It is their task, not their masters’.

There is a socialist organisation in this country — THE SOCIALIST PARTY — the only organisation that works for the emancipation of the workers. As a sufficient number of the working class is not yet desirous of establishing socialism to permit of any candidates being put forward at  elections, we call upon all those who wish for socialism to express their wish by going to the ballot-box and voting for socialism by writing it across the ballot paper. Among other things this will help to advertise the number who wish to see socialism established. Any use of the vote to support any of the candidates in any election would merely be a vote for capitalism.  Whichever side wins we will still remain slave to the master class, because the private ownership of the means of life — the cause of the workers’ enslavement — will still continue. When the workers understand their slave position they will organise to contest an election for the purpose of taking control of political power with the object of attaining their emancipation and establishing socialism. 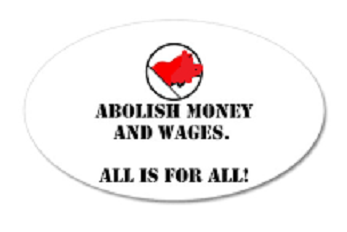