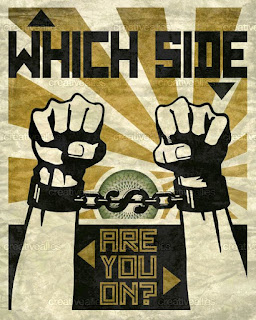 It is often suggested that a change of leader or political party might make a real difference to our everyday life. Those of us who look into the kind of social system in which we live know that it would not.

We live under capitalism which operates according to its own economic laws, irrespective of changes of government or ruler. There is a basic contradiction in capitalism between social production and class ownership. For while the actual work of producing wealth is done by the cooperative labour of millions — the working class — the means of production (land, mines, factories etc.) and the products belong to a relatively small section of society only — the capitalists. It is this contradiction that causes modern social problems since it means that production cannot be carried on to meet human needs. The economic law of capitalism is that all enterprises, whether private or nationalized, are operated for profit. If their products cannot be sold at a profit, production is curtailed or brought to a stop. All governments administering capitalism, no matter what principles the individuals profess, have as a clause of their economic policy one which enables profits to flow.

Let us look at one or two problems that this situation creates. Unemployment is an inevitable part of capitalism. Periodically, hundreds of thousands, even millions, are thrown out of work for the simple reason that it has become unprofitable to employ them. The pool of unemployed can be called on in times of boom and is as such needed by capitalism. It can also at times serve the purpose of keeping down wage claims.

People often talk of there being a housing problem, but there is no such problem. There is no reason why enough good houses for all should not be built. The materials exist, so do the building workers and architects. What then stands in the way? The simple fact is that there is not a market for good houses since most people cannot afford to pay for them, and never will be because of the restrictions of the wages system.

Is there a way out? Of course there is, but it demands self-reliance and bold thinking on the part of everyone. The economic system under which we live is man-made and can be altered by man’s action.  You can go on frittering away the years in the sterile dispute over which political party can make a better job of running capitalism, or you can consider the alternative of ending capitalism and putting socialism in its place. Rely on your own experience and recognise that capitalism has never been and cannot be made to work in the interest of the working class.

The alternative is a social system in which production of goods and the operation of services are carried on solely and directly for use, without buying and selling, profit-making or the wages system. This is what socialism really means and its basis would be the ownership of the means of production and distribution by the whole community.

Its achievement demands understanding, organisation and democratic action by a socialist working class. It calls for international co-operation, not of the world’s bankers, but of the world’s workers.

A revolutionary idea and hard to grasp? You have to choose. Either you take action to get socialism or you have to put up with the consequences of capitalism. There is no third choice.

We all want to get the best the world can offer. If all people worked to produce what all require, and each had a guarantee that they would by that means be sure of getting the necessaries of life, there is no telling how soon the work could be done and what pleasures life could hold out. Don’t think that it sounds all right, but your next-door neighbour could not be trusted to do things so well as yourself, because no doubt that neighbour is thinking the same of you. At bottom, we are all bent on getting as much pleasure out of life as we can, and if we can work better collectively, the struggle need not be so hard. Most of us prefer to enjoy ourselves collectively, do we not? You cannot improve matters on your own. Do not isolate yourselves so much, but get together and talk about things with a view to improving your lot.

Whether your family live by brains and your neighbours by brawn, or vice versa, both work hard, and should be alike as regards having the necessaries of life. If your family consists of various types of workers, surely you do not give one less to eat than another. You give them the best you have.

Why not apply the results of work in the same manner, collectively—each have the best obtainable, each do the best they can?

This is the end which the World Socialist Movement have in view and are organised to obtain. Not a pittance, but at least a sufficiency for all.

The vast mass of the community feed and breed only by permission of the tiny section which owns the resources (land, factories, machinery, etc.), without which feeding and breeding are impossible to-day; and the conditions upon which this permission is granted are that the propertyless ones shall toil for the profit of those who own and control the means of existence.

The members of the class to which you and I belong surrender the product of their toil to their kind employers, who graciously return to them a sum of money capable of buying back goods to the value of only a fraction of their product. The master class (mostly composed of inactive shareholders) are enabled to live in luxury and also amass fresh capital to make still more profit.

This has not always been so. In the Middle Ages the class which attempted to live by trade and money-lending was despised and persecuted by the feudal lords and their vassal land-holders, and condemned by the Church. One day, when you have nothing better to do, you might ask your psychological tutor to explain the curious volte-face on the part of the reformed Church towards the taking of interest. As he believes that the human mind is an independent entity, which develops regardless of material conditions and social environment, I can readily imagine some entertaining mental contortions on his part. To maintain any degree of consistency he will have to maintain that—the Church received a sudden revelation from those "forces” which are hidden so mysteriously somewhere "behind the universe”! But the above is only one of the many changes in social life and in men's corresponding ideas and customs.

Go far back in history and you will come to a time when neither money nor territory nor chattels but kinship formed the root condition of social organisation, and it is from this misty past that the creatures of religious fancy take their rise.

In those days a few crude tools and weapons were men's only equipment against nature (animal, vegetable and mineral), yet even these represented ages of experiment. Ideas of practical utility were hard to come by and slow in growth, and so, men's wishes outstripped their acts and built up an imaginary world transcending ordinary human limitations wherein men's shades became transfigured into gods. It is from this primitive ignorance of men that the concept of a "soul” (or psyche) was derived. The individual was credited with possessing an immortal shadow or second self, which controlled his body as a man operates any other inert object. “Mind” was held to dominate “matter,” and the “modern” psychologist, who clings tenaciously to this superstition does but proclaim how little, in this respect, he or she has progressed beyond the primitive.

The materialistic socialist, however, reviewing human history perceives how overwhelming has been the effect of economic development upon the habits of mankind and how, in practice, Christians and other metaphysicians have flown in the face of their avowed doctrines in the pursuit of their material interests.

The ruling classes throughout history have imposed systems of discipline and so-called education upon their subjects which would be meaningless if man’s “soul” controlled man’s behaviour.

The class to which you and I belong consists of individuals whose characters are as varied as their physical make-ups. In this respect it does not differ from the master-class nor, indeed, from any class that has ever existed. From this fact it is clear that social position does not rest upon individual character. A man is either a worker or a capitalist, not because he has a peculiar temperament or disposition, but because his environment and history have so determined. To explain the difference between him and others we can only refer to this same environmental history. Try how we will we cannot discover any mysterious entity which decides that certain individuals shall dig coal for a living while others clip coupons. In short, the illusion that “character is destiny” sums up the stupid conceit of the master-class, who childishly fancy that ”God” or “Fate” has blessed them with “superior natures.” They mistake the effect for the cause, and imagine that their privileged position is due to their “culture,” instead of realising that their "culture ” is the fruit of their privileged position in society.

Socialists aim at the foundation of a system based upon the common ownership and democratic control of the means of living. In such a society individuals will continue to vary, but it is in the common necessities of all that social life is rooted. Capitalist society has long since ceased to be consistent with the satisfactory distribution of these necessities. Hence the turmoil of modern social life. The "superior persons” of the master-class will, no doubt, resist the change as long as possible; but every ruling class in history has bitten the dust in due course when economic development has dug its grave. Psychological trickery may delay, it cannot prevent, the slow but sure awakening of the working-class, the class whose mission is to give to capitalism a conclusive exit to the land of shades.