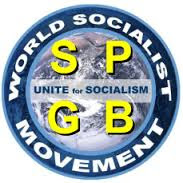 One of the central points of the Socialist Party’s case is that, under capitalism, the working class run the world from top to bottom—only they do it not in their own interests but in the interests of the class who own the means of wealth production and distribution.

Socialism is the expropriation, of this owning class and the transfer of the means of wealth production to society as a whole. In other words men and women (no longer a working class since classes will have disappeared) will run affairs in their own interests; they will produce to satisfy their needs. The revolutionary change in the economic basis of society from private to common ownership will produce corresponding changes in the whole organisation of social life. Culture and leisure will be free to all instead of to a minority. Social, moral and family habits and customs which rest upon the private property basis of capitalism will adjust themselves to fit into the new order. Capitalist ideas will dissolve into history’s melting pot. Freed from the poverty and servitude of class-society men and women will face each and the other as free and equal social beings. All social values will undergo revolutionary changes. Reflection upon the potentialities of society organised on a socialist basis humbles the imagination. Anything short of this is not socialism: it is capitalism by whatever name it is called.

Socialism involves the abolition of private and class ownership in the means and instruments of production, and the establishing of an order of things wherein they will be owned by society. For the first time in civilised history mankind will face the problem of organising production for society without an owning class. Things will be produced solely for use and because people need them. They will not be produced to sell and to provide profit for the owners of the means and instruments of production as they are under capitalism. There will be no profit. There will be no wages because men and women will not need to sell their energies in order to live. The function of money to circulate goods will disappear because it will not be needed. The function of wages to ensure that the worker receives only part of the wealth he produces will disappear because the worker in socialist society will enjoy the full fruits of his production, after meeting the necessary replacements and enlargements of the means of production and distribution. Wages are an indication of working-class poverty and measure only its extent. The continuance of the wages system under any government or with whatever modifications is still capitalism.

When the soldier enlists he agrees to fight the battles of the capitalist class and shoot down his fellow workers. It is better to be a traitor to a country than to be a traitor to your own class. The army is an institution for making widows and orphans. As long as there is a class that preys, the class exploited and preyed upon will continue to struggle for emancipation. Mankind seeks pleasure and avoids pain and largely in this fact lies the hope of humanity. Every struggle teaches us how best to unite our strength in a steadfast march toward the abolition of wage-slavery.

All over the whole world, we are toiling and sweating to make the wheels go round. We build mansions and palaces and we live in slums. We MAKE ALL the great and beautiful things in the world and the boss says these things are his. He pays us only enough to feed ourselves, to get us a few  hand-me-downs. We sow the fields and reap the harvests – for somebody else to enjoy. We feed the world; we clothe the world – and if we are out of a job for one week – we are broke, we are hunting for another master – another boss again.

When we grow so weak and tired and desperate with struggling continually that we are impelled to throw down the whole burden of our lives and pull society about our ears, the reformers, with loud voices appear. These reformers promise us many things. Sometimes they come under a Labour Party banner and again behind the nationalist band-wagon. Oh yes, they promise many things. Some of these they do not intend to give us; and all they may grant will only render them more secure in their position upon our backs. The way reforms turn out are that hey look like something good for the workers but they always end by benefiting the capitalists.

Think this over. Socialism means the value of the things made in the factory for the people who work in the factory. It means nothing left for the old boss

Join the Socialist Party – the international organisation of the working class for the abolition of capitalism. There are ten of us workers to one boss. If we unite, we can own the whole world. Division alone can defeat us. Think it over. Study up on the subject. You can’t lose by becoming a socialist unless you are a capitalist. Unite with your fellow-workers into one great organisation of the workers.

Alone we can accomplish nothing; united the world is ours.