The Socialist Party's Alternative to Sovereignty 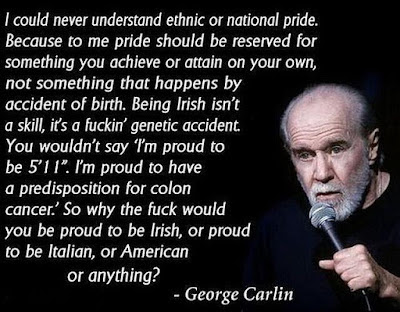 Although Scots speak of Scotland as “our” country, and millions of Scots over the years have been casualties in defence of what they called “their” country, as a matter of fact, Scotland does not belong to the whole of the Sottish people, but to a comparative few. How many Scots can point to a particular part of the map of Scotland and say “this is mine”? Only a few thousands, and of these the greater number own insignificant small plots, the greatest portion of Scotland being divided among a few great lairds and aristocrats.

Scotland is spoken of as a wealthy country, full of rich resources. Does that mean that the Scottish people as a whole are well off? By no means. Some are immensely rich, most get a bare living, and a large number are distressingly poor. This inequality has been widened, not narrowed.

The land, factories, mines, transport and communications g, all the means of producing the nation’s wealth are owned by the capitalist class. The great mass of the people own nothing except their brawn and brains, that is, their power to work.

Under capitalist Scotland, production is carried on not for the purpose of supplying the needs of the people but for the purpose of sale in order to realise a profit. Only those who have something to sell can get a living. Only those can obtain things who can afford to buy. This is the exchange economy system. If things were produced for use, nobody would spend time in the manufacture of shoddy goods, jerry-built houses, or adulterated food. Profit is the only purpose of  industry.

Working people have nothing to sell but their labour power. They sell their labour power to an employer for so many hours a day for a certain price, that is, wages. Since one cannot separate labour-power from one’s body it comes to this, that a worker actually sells oneself like a slave. We socialists, call the workers of capitalist countries, “Wage slaves”.

Wages are determined by what it costs to keep a family. How many working people do you know who can save very much from their wages? They may be able to put something by for a holiday, but should misfortune occur and the savings are gone. It is a fact that in Scotland. on average. a person is not more than two weeks removed from penury.

The capitalist will only buy labour if he can make profit out of it. Just compare the value of the goods you turned out in a day when you were in the factory, and what you received for your work. The difference between the two is the employer’s profit. Profit is the result of the unpaid labour of the worker. In capitalist Scotland, the workers are continually robbed of the results of their labour. Despite legislation the capitalist will compel the worker to work as hard and as long as possible, for as little money as possible. Sweat-shop conditions still flourish in Scotland. Whole sectors of industry exist in which absolutely inhuman conditions of work and pay prevail.

Even with the efforts of the best-organised trade unions wages rarely rise higher than the cost of living. And even this is not secured. In the endeavour to produce as cheaply as possible, employers continually introduce labour-saving technology, which enables them to produce more in less time and reduces the standard of skill required. As a result, unemployment never disappears.

What does capitalism offer the Scottish worker? A life of toil, a bare subsistence. Always the dread fear of redundancy. A drab, colourless existence in the slum districts of the towns and, when unable to work any longer, to be cast aside. If capitalism remains in existence, the worker will still remain subjugated by the capitalist. There will still be wealth and leisure for the few, toil, and poverty for the many. Shooting estates for the landed elite, slum housing estates for the workers. A capitalist Scotland can offer its workers nothing but wage slavery.

The socialist system of self-management does away with a whole host of middlemen who, in capitalist countries, make huge profits at the expense of the consumers. The whole world will become a huge cooperative society, and the working people, instead of slaving to enrich the idle capitalist, creates wealth for the whole community. The workers enjoys the results of their labour, without having to pay tribute to speculators and profiteers. No-one will be any longer a slave of another. Workers will have the power to decide the conditions under which they will work and live. Such a goal is disquieting to the rich of Scotland. So some spread the delusion that national self-government equates with the self-emancipation of labour. Self-determination under capitalism is an impossibility.

Written right across every page of human history is the declaration that no people can be free so long as the private ownership of the means of production and distribution endures. If we all get together we can form a worldwide cooperative commonwealth instead of an insular ‘independent’ Scotland.

Our case as socialists is that capitalism is rotten and ugly wherever it may be, in that it rests on the exploitation of the many by the few and all the pacts and alliances are nothing but manoeuvres for position amongst the thieves. As socialists we do not merely find fault with this or that capitalist country. We say that where there is capitalism, i.e. class ownership of the means of living, buying and selling, wage-labour and profits, there is poverty, misery and drudgery, and in no country do the working class own anything to sacrifice for. The fight of the world’s workers is the fight to get the capitalist class off their backs by introducing socialism—i.e.. a world system with no wages, profits, buying or selling, where all the means of living are held in common and nationalism and patriotic  propaganda are things of the past.