The Parable of the Table 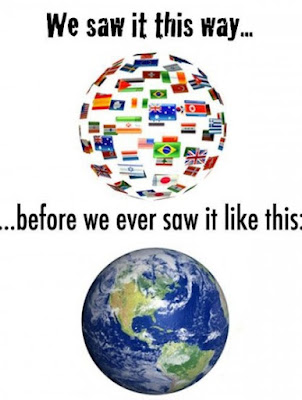 Nationalist movements are of use only to the capitalists and do nothing but harm to the workers of the world. A united trade union movement acting internationally to further working class interests against all the governments of capitalism and all the employers, everywhere, would achieve something for the workers, which no nationalist movement ever did.

Unable to point to positive benefits to the workers through support of Nationalist movements their propagandists often take refuge in the vague abstraction that movements for national independence are in favour of “freedom” and should therefore receive the approval of "lovers of freedom.” The one freedom the Socialist Party is interested in is the freedom from capitalism, which is opposed by nationalists but even within the framework of capitalism, the identification of nationalism with libertarian ideas is false.

Does the Socialist Party support self-determination? As the term is used now, they do not. Self-determination now means freedom for the workers to decide which group of capitalists will exploit them. Socialists stand for a world in which there will be no exploitation, and in which, as a result, there will be no artificial division of the world into competing and warring states. No group will use war or terrorism as a means to gain independence, for not only will every country be independent, every individual will be independent too. There will be no foreigners under socialism. The human beings of the world will freely participate in one voluntary society because that way will they best satisfy their needs.

Despite the passing decades, there is much truth in the speech of Gustave Hervé, a French anti-militarist gave at his 1905 trial. Tragically, Herve later reneged on his principles and transformed into a fervent patriot.

“...Ah! I know that I wound your conscience, gentlemen of the jury. Your conscience pricks you all the more because you feel that I am speaking the truth. I feel sure that when I say this I wound the universal conscience which the Paris Bar with its eloquence, knows so well how to interpret.

But do you believe that Voltaire, Diderot and the rest of the encyclopaedists were able to avoid treading on people’s corns?

It is a lamentable fact that every time a new form of society is about to come forth from the womb of one on the point of death, it always does so by a long and painful child-birth, producing in every family, and in every heart, trouble and anguish; suffering that every innovator would fain spare those whose convictions he hurts.

As for us revolutionary Socialists, we have discarded the folds of this flag on which the names of so many deeds of butchery are displayed in letters of gold.

Flags are but emblems; and are worth something only in so far as they represent something worthy. What, after all, is one’s native country? Or what, in actual fact, do all these “fatherlands” consist?

Allow me, if you please, gentlemen of the jury, to draw for you a mental picture, to speak if I may a kind of parable, which will the better help you to understand what our feelings are. One’s native land, every country, no matter under what form of government it be masked, is made up of two groups of men, consisting on the one hand of a quite small number, on the other including the immense majority of people.

The first of these is seated round a well furnished table where nothing is lacking. At the head of this table, in the seat of honour, you find the great financiers; some, perhaps, are Jews, others Catholics or Protestants, or it may be even Freethinkers. It is possible for them to be in entire disagreement on questions of religion or philosophy, and even on questions affecting their individual interests, but as against the mass of the people, they are as thick as thieves.

Seated on their right and left hand you have Cabinet Ministers, high officials of every department of civil, religious or military administration. Paymasters-general with salaries of 30, 40, and 60 thousand francs a year: a little further off fully fledged barristers, by their unanimity glorious interpreters of the “Universal Conscience” – the whole Bench and Bar, not forgetting their precious assistants, the solicitors, notaries and ushers.

Large shareholders in mines, factories, railways, steamship companies and big shops: manorial magnates, big landed proprietors; all are seated at this table: everybody that has two-pence is there too, but at the foot. These latter are the small fry, who have for that matter, all the prejudices, all the conservative instincts, of the big capitalists.

Ah! gentlemen of the jury, I wish that you may be of the number of these privileged ones seated around this festive board. Verily, you are not so badly off there, after all, you know. In return for a little work – when you have any work at all – work I say which is oft-times intelligent, occasionally agreeable, which always leaves you with some spare time for yourself, directive work that flatters your pride and vanity – in return for this you can enjoy a life of plenty, made pleasant by every comfort, every luxury that the progress of science has placed at the service of Fortune’s favoured ones.

Far from the table I see a great herd of beasts of burden doomed to repulsive, squalid, dangerous, unintelligent toil, without truce or rest, and above all without security for the morrow; petty shop-keepers chained to their counters, Sundays and holidays, more and more crushed by the competition of the big shops; small industrial employers, ground down by the competition of the big factory owners; small peasant proprietors, brutalised by a sixteen to eighteen hours day, who only toil that they may enrich the big middlemen: millers, wine factors, sugar refiners. At a still greater distance from this table of the happy ones of this world, I see the crowd of proletarians who have but their strength of arm or their brain for sole fortune, factory hands, men and women exposed to long periods of unemployment, petty officials and shop-assistants forced to bow and scrape and hide their opinions, domestic servants of both sexes, labouring flesh, cannon fodder, matériel of “pleasure”.

There are your beloved countries! Your country to-day is made up of this monstrous social inequality, this horrible exploitation of man by man.

When the proletarians doff their hats to the flag as it passes by, it is to this that they uncover. They in effect say:

“What a splendid country is ours! How free, kind and just is she!
How! how you must laugh, Mr. Attorney-General, when you hear them sing:

“ah! glorious is death indeed,
When for our native land – for liberty – we bleed!”