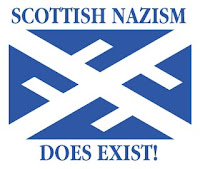 A report into racism in Scottish cricket has been described as “the most devastating verdict to be delivered on any sporting institution in the United Kingdom” and as “a wake-up call for all of Scottish sport”.

The authors detailed 448 examples of institutional racism at Cricket Scotland and concluded that of 31 indicators of good practice, the organisation failed to meet 29 and fully satisfied none. 31 allegations of racism against 15 different people, two clubs and one regional association have been referred for continued investigation. Some allegations have been shared with Police Scotland as potential hate crimes, and others may be referred to the police in future. In addition, many participants who had “clearly witnessed or experienced racism” have chosen not to proceed with the process.

The report found that not only was Cricket Scotland not trusted to manage allegations of racism effectively, several allegations “had not been investigated at all”.

Some of those who raised concerns had been victimised or forced out of the organisation completely. One volunteer within the Western District Cricket Union – whose area covers half the population of Scotland, and who the report also recommends should be placed in special measures – said “it was very difficult to work in West Scotland and not witness racism”.

The entire board of Cricket Scotland resigned on Sunday in advance of the report’s publication and released a joint statement apologising “to everyone who has experienced racism, or any other form of discrimination, in cricket in Scotland”.

But Aamer Anwar, the lawyer who represents Majid Haq and Qasim Sheikh, the two former internationals whose descriptions of the discrimination they experienced during their playing careers prompted the report, said the apology was “too little and too late” and that the board’s resignation was “the cowardly option, meaning that today there is nobody to answer for their failure of leadership”.

Majid Haq is Scotland’s all-time leading wicket-taker and made 209 appearances, and after he made an allegation of discrimination during the 2015 World Cup he was sent home and never picked again. Qasim Sheikh was also not picked again, aged 27, after in 2012 publicly questioning why he was not being selected for the national team.

“It should never be normal for a young person to be made to feel worthless, to be dehumanised in a sport they love, to be brainwashed into thinking it’s their fault,” said Anwar, “but that sadly is the brutal story of hundreds of young people of colour who played cricket in Scotland.”

In addition to prejudice on the grounds of race, gender, religion and nationality, the report’s authors also found grounds for “concern over the perceived bias towards the recruitment of players from public schools over state schools”. Opaque selection processes for national teams at all levels were a constant issue, while the board of Cricket Scotland is described as being “only concerned about the men’s national squad and no interest or oversight on any other part of cricket”