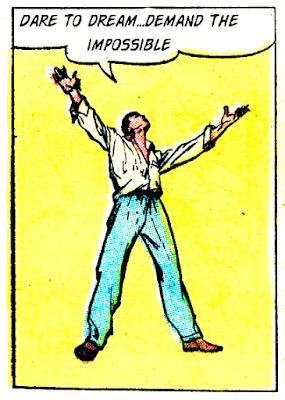 Capitalism rests upon the ignorance and the apathy of its people. It requires only a few to be sensitive and learned; the mass is expected and encouraged to absorb only as much knowledge as will fit them into their place in the routine of exploitation. Capitalism promotes a ruthless competitive urge, and all manner of conceits, It instils nationalism into the working class, and it sets its own example by living out its disputes in violence. Periodically, capitalism glorifies brutality—it makes heroes of military murderers, it ennobles the men who organise the mass killings of wartime. In this situation, one type of ignorance breeds another. Capitalism divides the working class and set them against each other. They deny the unity of workers’ interests, which overrides all barriers of nation, skin colour, language, and which joins all workers everywhere in the need for socialism. In some ways, humankind now resembles a blind, wounded beast, picking its way over a wilderness of smouldering ignorance. But human beings have eyes to see, and they are whole. There is massive hope in those who hang on and work for enlightenment, for the day when man ceases to wander like a tormented beast and starts to live like a man and woman. It is surprising how little we sometimes know about what goes on just down the road where we live. Capitalism, with its jungle law of every man for himself, tends to make social relationships impersonal and, even in overcrowded cities, to make people live in isolation. Capitalism created the social conditions for the spread of nationalism by alienating sections of the population from the old order. It is among this section that nationalists were to be found. These set about agitating among those they considered their fellow nationals in order to awaken their national consciousness.

The Socialist Party’s case is that the only rational system for the future of humanity is one based on common ownership and democratic control of the means of production and distribution which necessarily involves the elimination of all property incomes, whether in the form of rent, interest or profit. On this issue, all sections of the propertied class have a common attitude—one of opposition. Charity, whether organised or unorganised, exists because some folk have more than they need and others need more than they have. In a world where labour applied to natural objects can produce more than sufficient for everybody, such a state is unnecessary as well as unjust. In the socialist society, where the industry is organised for the benefit of all, where all perform their share of the necessary labour and where all enjoy without stint the results of the organised effort of the whole community, neither want nor charity needs to exist. But the perpetuation of the capitalist system and not the establishment of the socialist society is the object of the charity-mongers.

Better far to have a party, however small, with common principles and a common end, than a party, however large, which is bound by no tie save party interest. We, therefore, who differ from these other parties in essential principles—inasmuch as we accept the principle of the class struggle while they do not—cannot consent to unite our forces with theirs. It would weaken both parties—and the weakening would he more disastrous to the uncompromising section than to the revisionist. We are all for unity, but it is for a unity firmly established on a common aim, and a common method. Any other unity is but a delusion.  Workers with a common aim and agreed about the necessity of organising to achieve socialism will naturally want to unite their efforts, and will do so unless something prevents them. Distance and difficulties of communication may make it convenient to have separate organisations in different areas, but cannot be a reason for having two organisations with the same object working separately in the same area. Also, capitalist laws may make it necessary or at least advisable and convenient to have separate organisations for different countries, but here again, the members will naturally wish as far as possible that the separate organisations shall keep in touch and work together, as illustrated by ourselves and our companion parties abroad in the World Socialist Movement.