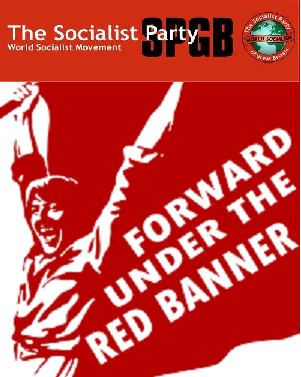 The beneficiaries and defenders of capitalism never tire of declaring it the “best of all possible systems.” Yet, today, after decades of wars on poverty, civil rights, government regulations and deregulations plus a host of other reform efforts, capitalism still presents an obscene social picture. Millions who need and want jobs are unemployed, including many of whose jobs have been outsourced. Others are underemployed, working only part-time or temporary jobs though they need and want full-time work. Millions aren’t earning enough to maintain a decent standard of living for themselves and their families despite the fact that they are working. Racism bigotry and discrimination remain pervasive. The educational system is deteriorating. The health care system, despite heated debate for years, still fails to meet the needs of tens of millions. The world’s infrastructure continues to crumble. Widespread pollution of our environment worsens. A pandemic has exposed the vulnerabilities of society. Crime and corruption are widespread at every level of capitalist society. Many workers suffer from alcohol and drug abuse. Homeless men, women and children roam the streets of the mega-cities.

Capitalism’s exploitation of workers and poverty continues to grow. A wide-ranging plague of social and economic problems arising from modern-day capitalism is imposing itself upon society. The bloated wasteful energy demands of capitalist consumerism have added to the environmental crises enveloping the world. Wars for the domination of resources and spheres of influence are serving to feed the capitalist appetite for profit. Problems endured by the working class have grown to monumental proportions.

Against this insane capitalist system the Socialist Party protests and condemns it. If our society is to be rid of the host of economic, political and social ills, the outmoded capitalist system of private ownership of the means of life and production for the profit of a few must be replaced by a new social system. That new social order must be organised on the basis of social ownership and democratic management of all means of production, distribution and all of social services. It must be one in which production is carried on to satisfy human needs and wants. It must be genuine socialism.

Who will pay the wages? No one. Money is discarded. Socialist distribution is free; a system of common ownership. But we must eat to live. Very well, the food processing factories, the docks and warehouses are in the hands of the workers. The flour mills, bakeries and the dairies are controlled by them. Farm labourers and smallholders send food to the cities. The railwaymen and lorry drivers deliver the food and the shop assistants and restaurant workers supply it to the workers and their families. Distribution will not be according to the amount of money a person has but according to need. Large families will receive more than small families or single persons. Children will have first call. Delicacies such as will go to the aged and infirm instead of to the wealthy overfed idle class. Clothing will be distributed to the needy. Power station workers will continue to produce electricity and distribute it to homes and factories.  Hospital and other health service workers will continue their work.

The social economy is integrated without centralisation, that clumsy red-tape bound machine of the bureaucrat. By having the affairs of an industry controlled by the persons working in that industry, by district affairs being controlled by the district and factory affairs by the workers in that factory; by control from below instead of from above and by exercising the principle of election and recall federalism, instead of centralism, becomes the principle of the new society.

We are now poor and enslaved not because of a lack of reforms made by politicians, but because the employing class own and controls the means of production, without access to which we cannot live. So long as others control the means whereby we live so long shall we be slaves? Only by taking control of the means of production and distribution can the workers be free.

Some say to us. “But, you will still need supervisors and managers.” The worker is usually able to recognise a fellow worker’s outstanding skill and acknowledge it. The workers would have no social or economic motive in keeping a good person down, instead, it would be in their interest to nominate him or her for more responsible work. Here is a system of industrial democracy, the only true democracy, not the choice of choosing Tweedledum or Tweedledee every five, eight or ten years and is controlled by him and his partners for the period between, but the control of one’s own job and environment, the control of one’s own life. The government over people gives way to the administration of things.