Socialism -The Hope of Humanity 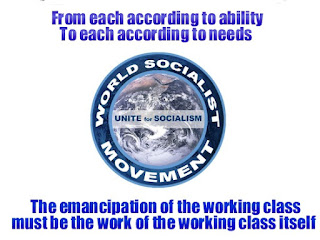 We are constantly told that socialism will never work. They tell us that, human nature being what it is. the idea of producing what is needed and taking from the common stock of what is produced, without buying and selling anything, is pie-in-the-sky. Yet even today, with the profit system making us wary of giving anything away or having it stolen from us, people are willing to help others at some cost to themselves if they see there is genuine need. To imagine what life will be like in a socialist world we have to subtract all the institutions and the behaviour and ideas that go to maintain the profit system. Then we have to imagine the huge expansion of goodwill towards others, willingness to help and be helped, opportunities to be creative and not destructive, that a world of common property, democratic control, production solely to meet needs, and free access will offer.

There are sufficient resources in the world to provide adequately for every human being on earth. Why then do millions die annually of hunger and hunger-related illnesses? Why then is there poverty in every country throughout the world? Why then are people homeless and millions living in slums? Why then are there wars over markets, trade routes and places of strategic interest? Why is there competition, alienation, crime and the civil conflicts which, however disguised as a political or religious war is, when stripped of its rhetoric, a profane struggle over access to jobs, homes, status and profits? Why, when there is potential abundance for all to the goods and services that are needed by the whole human family do we live in a state of economic anarchy and political barbarism?

The answer, quite simply and beyond dispute, is that the resources of the planet are the property of a small minority class of capitalists. The working class is denied access to the land, factories, mills, mines, warehouses, stores and other resources of society except when they are permitted to work in the production of wealth. It is the working class that applies its skills and energies to the resources of nature and produces all wealth. But workers are only permitted to work in such circumstances as hold out the promise of profit for their masters. Production is not undertaken simply to satisfy real or imagined need. The primary purpose of production is profit and if there is not the prospect of profit for the capitalist class then, however essential the needs of the working class are, if there is no profit there is no production. That is why people who can not pay for food die of hunger and that is why we say that it is absurd to say that our society is civilised.

The destinies of men and women are bound up together, and the emancipation of women can only come with the emancipation of men. Socialism is the only hope of the whole working-class irrespective of sex, and The Socialist Party is the only party that stands for undiluted socialism. So long as the system of capitalist production endures, so long must toil and trouble increase for the workers, both men and women. The only hope for both is in socialism, for then only will wealth producers benefit by a plethora of wealth, and labour-saving devices mean a lightening of toil. If the increase of willing workers and labour-saving machinery serves only to make heavier the burden on the worker, we have to ask for an explanation.

Mighty modern technology is a social instrument, ownership of which imparts almost absolute power. Too huge to be owned individually by the worker, the machine must be owned socially, and the workers can only throw off the yoke of wage-slavery and become their own masters by collectively assuming control of the machinery of industry and using it in the interests of the wealth producers.When the producers own the means of production and raw material they will reap the benefit of every improvement: but if the means of producing wealth are the property of a handful of individuals who use them as a means of profit only, then the greater the skill and number of propertyless workers, the fiercer will competition be between them, and the greater the portion of their produce they will tacitly be compelled to bid to the owners of the machinery of production in return for permission to earn a living.The decrease in the well-being of the worker is due to the divorce of the producers from the means of production and the ownership of the latter by a parasitic class: the remedy is the ownership of the productive and distributive machinery by the producers of wealth, and an end of class parasitism. In short, the disease is inherent in capitalism and can be cured only by socialism. Quack “remedies” that touch symptoms only are useless, the root cause must be abolished or the disease will grow worse.