Our party is the party of the revolution 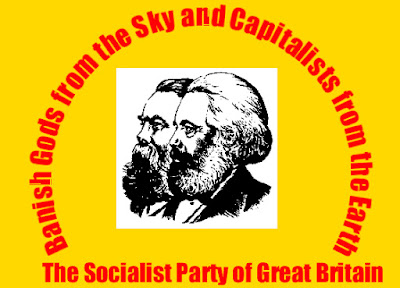 The political control that the working class will acquire as a result of socialist knowledge, including control of the armed forces, will be acquired only when they gain such knowledge, and, therefore, cease to support capitalist agents. There will then be no power available for use by the master class that could prevent an organised majority of workers from using the present political machinery to establish socialism. The nature of capitalism and the remorseless and ruthlessly brutal nature of the pillaging pirates who exploit them will have to be brought home in a very clear manner to a very large number of workers before a socialist society becomes a nearer possibility.

The presence of an economically exploiting class is not always easy to discern. What is plain for all to observe is the wages system and the buying and selling of commodities; essential features of capitalism and definite pointers to the existence of an exploiting and governing class, who own the means by which all live. The wages contract safeguards this ownership by ensuring that the workers remain — as they have always been — propertyless, and that they are paid only the equivalent (in wages) of the labour it takes them to reproduce their own energies and support their families. The workers’ labour power, or energy, produces a value greater than itself, i.e. more labour (work done) for which no equivalent is paid. In the selling of commodities, the unpaid labour is realised as a sum of money (profit) and is appropriated by the privileged class. The profit is shared out among investors, bankers, landlords, and sometimes small owner-employers.

In the former state-capitalist countries ruled by the Communist Party, surplus value is appropriated as we have just described with reference to the West, but the ’face' of things is different. Instead of nationalisation of just a few industries as in this country, all industry is government owned and controlled. The ‘share-out’ is among Communist Party and government officials who appropriate profit in the form of their own bloated ‘salaries’ or bonuses. Because of the way in which the capitalist system works, the ruling class of any country is not a free agent but is subject to certain pressures which act on it remorselessly. It must compete with rival ruling groups for markets and supplies of raw materials and, such is the pace of industrial innovation in the modem world, it must continually accumulate capital — and at an ever-increasing rate.

“...the development of capitalist production makes it constantly necessary to keep increasing the amount of capital laid out in a given industrial undertaking, and competition makes the immanent laws of capitalist production to be felt by each individual capitalist, as external coercive laws. It compels him to keep constantly extending his capital, in order to preserve it, but extend it he cannot except by means of progressive accumulation...” (Capital, Vol. I.).

Today these same pressures can best be seen acting on whole industries and on entire national capitals, since capitalist development has virtually eliminated the individual factory owner of Marx's day. Faced with this inescapable need to accumulate capital, the rulers of any country have only one way in which they can act — just like the 19th-century mine master or steel lord they must attempt to increase the amount of surplus value they are wringing out of the working class. The aim is to build up industry and to mechanise agriculture and this is being achieved by screwing down the working class.

The Socialist Party has always held that political power should be used to establish Socialism. In other words the state machine, which is the public power of coercion, will be used to force the capitalists to give up their privileges and hand over their wealth to the community. Whether or not this use of political power will involve actual physical violence — the setting in motion of the armed forces, the firing of guns and the killing of people — will depend entirely on the reaction of any pro-capitalist minority at the time of the socialist victory at the polls.

We think it unlikely that, faced with a determined socialist majority in control of political power, a small pro-capitalist minority would be so foolish as to take up arms to prevent the establishment of socialism. But if a violent minority tried to prevent the implementation of a democratically expressed will for socialism, then the socialist majority would have to use violence against them. As the old Chartist and socialist slogan put it: "Peaceably if we may; forcibly if we must”. 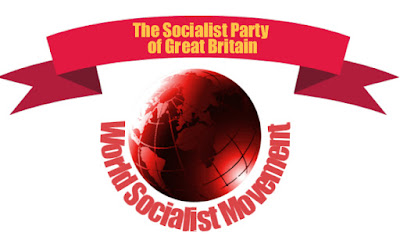