Capitalism is based on robbery 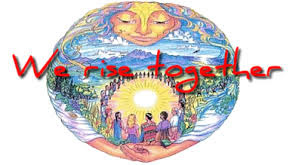 Socialism is a conscious endeavour to substitute for the chaotic competition of to-day the organised co-operation of to-morrow which may not cover the whole of the ground by any means; but comes as near to satisfying the request for a brief and clear statement of the aims and objects of Socialist Party. In history, people have believed that the social forms under which they lived were permanent; even when changes were taking place around them. The ideas and outlook of the capitalists which have ruled society have become deeply entrenched in society, and have largely acquired the “force of habit.” The bourgeoisie takes advantage of this to promote the so-called “theory of human nature,” which says that people are basically selfish and will never change, so socialism is bound to fail and is a hopeless Utopia.

There is no short-cut to the social revolution. The revolts of impatience with insufficient organisation only plays into the hands of the ruling class, as all experience has shown. Thorough education and understanding among the people, combined with economic development which renders socialism practically attainable, are indispensable conditions for success. The wages system will remain until workers themselves are prepared to undertake administration and distribution, on communal lines, for the benefit of the entire population. The first step is to overthrow the dictatorship of the capitalist class.

When all of society has been transformed and the community of workers has been established, then a completely classless society, will have been achieved, and humanity will enter a whole new stage of history. There will no longer be the need for the state, since there will no longer be any class to suppress, and the state will be replaced with common administration by all of society. The nature of work itself will change completely, because the labour of the workers will no longer go to enrich capital to further enslave the working class, but to improve life today, while providing for the future, according to the conscious plan of the working class itself. The pride that workers have in their work will be unhindered by any sense that they are working themselves, or someone else, out of a job, or that they are being driven to produce for the benefit of some investor, under the orders of his or her bosses and the constant threat of being fired. Machines will no longer be weapons in the hands of the capitalists to grind down the working class, and workers will no longer be a mere extension of the machine, as they are under capitalism. Instead machines will become weapons in the hands of the working class in its own struggle to revolutionise society. The organisation of work will be the province of the working class itself. All this will unleash the stored-up knowledge of the working class, based on its direct experience in production, and inspire workers to make new breakthroughs in improving production. Work itself will become a joy and enrichment of the worker’s life, instead of a miserable means to sustain existence, as it is under capitalism.

Socialism will make possible the building of well-constructed housing. Under capitalism, it is more profitable to speculate in land, maintain slum housing and put capital into buildings for big business than to build decent housing. The housing construction will be part of its overall rational plan, so that homes are built near work-places, with easy access to stores, clinics, nurseries, schools and other social services. If all this seems like a mere dream now, it is only because the rule of capital has so greatly distorted development, and brought such decay of the inner cities.

Health care under capitalism is a nightmare for the people and big business for the drug companies, insurance corporations and others who make billions from the butchery of the people. Socialist health care and hospitals will no longer be a means to make profit, but a means for the working class to prevent disease and to preserve the health of the people.

Education in capitalism promotes the interests of the ruling class and instills the values and outlook of this class. Under capitalism this means that education is geared to maintain the division of society into classes, the conditions of capitalist exploitation and the rule of the capitalists over the working class and masses of people. Capitalist education prepares the youth only for existence as wage-slaves and as a key part of perpetuating the capitalist system of wage-slavery distorts history to make it revolve around the “brilliant ideas” and individual heroism of great “geniuses,” Kings and presidents and other representatives of the exploiting classes throughout history. Reality is stood on its head, so that it seems that capital, not labour, is the source of all progress and that the workers live by the grace of the capitalists. Education in socialist society will serve the interests of the people. It will put reality back on its feet and expose ruling class propaganda. It will promote cooperation in place of competition. Socialist education will stress the living link between theory and practice, between knowing and doing, and will help develop workers who are capable of combining mental and manual labour. In place of the view of history that presents it as a jumble of unrelated events, stemming from the personalities of “great men,” it will teach the materialist conception of history.

In capitalist society many people are drawn to religion because it represents their hopes and aspirations for a better life–projected, however, into the future and into another realm completely beyond man’s ability to understand. The ruling class promotes religion to convince people that since life is miserable on this earth–and it cannot be denied that this is so under capitalism–the answer is to hope for a better life “beyond this one.” Further, religion serves capitalism by telling people that they are basically helpless before the forces of nature-and the rulers of society–and they should put their faith not in the ability of the masses of people to change the world, but in a supreme, supernatural being, or beings. And if that isn’t enough, religion can call up the image of fire and brimstone to threaten people. More, those who control organised religions make huge fortunes from collecting large sums from their members, investing much of these sums and exploiting labor. While telling the people to wait for “pie in the sky,” these hypocritical leeches live like kings, right here and now, from the sweat and blood, hopes and fears, of the people. At the same time, in every community, hustlers of all kinds–calling themselves “men of god, prophets,” etc.– prey on workers and other poor people, promising them all kinds of miracles to ease their misery – for a nice fee (donation), of course. Socialist society will eliminate the need for religion.

Socialism will mean all this, and much more.