Free your imagination and then use it 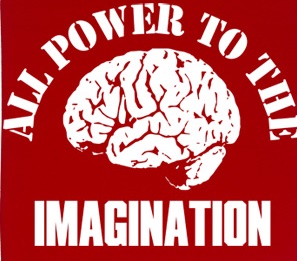 Capitalism is based on wage slavery. The capitalists hire wage workers to produce wealth, give them part of that wealth in the form of wages and keep the rest. We do not sell our labour to the capitalists; we sell our labour power which is the mental and physical capabilities of man or woman exercises when he or she produces wealth.

As an illustration of what a wage slave is, suppose you owned a nice automobile and someone should say to you, "I want to use your car until it is all worn out. I will give it gas and oil enough to keep it running until it can’t run anymore." Surely you would not agree to that. You wouldn’t allow anybody to use your car until it was all worn out just for gas and oil. But that is exactly what you are doing with your body. The capitalists use you until you are all worn out and all they aim to give you is what the chattel slaves got, what the serfs got, what a horse gets, a bare living, and you are not even sure of that.
How about your children? You parents spend many happy hours teaching your children how to walk and how to talk. Long years are spent upon their education. When they get to be wonderful young men and women with their eyes brightly shining like the headlights on a new car, and with their veins and arteries like the wiring on a new car, and their hearts beating without a murmur, like the smooth running of new engines, then the capitalists say to the proud parents, "We want to use your children to produce wealth for us and for our children. Just as we have used you to produce wealth for us, so our children want to use your children to produce wealth for them when we are gone."
The parents ask, "What are our children to get for the use of their bodies during the precious years of their lives?" Answer, "Gas and oil". A mere living wage. The endless chain that starts and ends with work. Work to get money, to buy food, to get strength to work. Every increase in the productivity of labor, every invention, every victory of science and triumph of genius in the line of industrial progress, only goes to increase the wealth of a parasite class while the workers are only supposed to get what slave classes always got, a bare living and often not even that. This is wage slavery, the foundation of capitalism.

But some workers want to escape from wage slavery. Class systems are not eternal. Everything in the universe, from atoms to solar systems, is continually moving, changing, transforming, developing; likewise the history of the human race is nothing but a ceaseless change, a continuous development. In the course of its history classes are formed; these classes continually struggle for supremacy and, after prolonged struggle, one class succeeds another in the dominating position. The struggle continues until class divisions themselves are dissolved and a new, classless society results. The slave owning patrician gave way to the feudal nobility; the feudal nobility in turn was overthrown by the capitalists. The working class are now challenging the capitalists for control of the economic structure and we now advocate that the entire human family own and control of the means of life as the solution to all social problems—an industrial democracy. Production has been socialised. It remains only to socialise control.

Production under capitalism is anti-social. It is anti-social because it operates against the interests of the producing class. It refuses to act without profits. Capitalism is synonymous with violence, and it is the handmaiden of chaos. We, the workers, are many, but divided because of ignorance. They, the capitalists, are, few, but strongly organised, ruthless and determined to increase their power and to perpetuate their dictatorship over the class they rob. We have reached an era where action may not much longer be delayed if we are to escape the mounting threat of ecological destruction. Our species have built a world that has at last brought us within reach of the creation of universal abundance. The genius and energy of humanity have shown that there need be no want, no hunger, no famine. All that stands in the way is capitalism. It will fall and with it will go slavery, crime, war, ignorance, poverty and waste. What will rise will be the Co-operative Socialist Commonwealth, the hope of martyred workers, the dream of generations of workers.
By ajohnstone at October 26, 2015