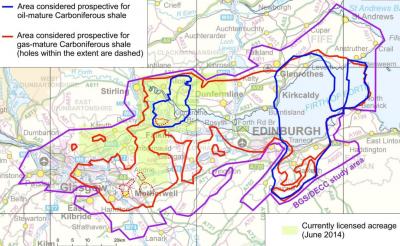 Scotland has announced a moratorium on underground coal gasification and has also widened a review on the effects of fracking, moves that have delighted environmentalists. Scotland was taking a “precautionary, robust and evidence-based approach” to unconventional gas” explained Fergus Ewing, the SNP energy minister.

Campaign group Friends of the Earth Scotland praised the new moratorium, saying underground gasification was a “risky and experimental technique, with a very chequered history around the world”.

Fracking for shale gas under Scottish farmland could have a "profound effect" upon the food chain for current and future generations, Professor Robert Jackson, a pollution expert has warned in a recent issue of Scottish Farmer.

Described by Scottish Water as one of country's leading independent experts in waste water management, he has cast doubt on the gas extraction industry's safety claims, citing years of evidence from the US that many hydrocarbon wells, sooner or later, will threaten groundwater with noxious leaks.