We are a Marxist Party 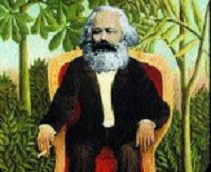 Socialism has been defined and interpreted in lots of different ways, most of them bogus. We are one of the few political organisations who emphatically maintain that socialism should be identified with abolition of wage-labour and creation of economic equality between people. This clearly distinguishes us from all those currents who identify socialism with state-ownership or with redistribution of wealth. We maintain that socialism requires the abolition of wage-labour, and the transformation of the means of labour, means of production, into the common property of society. Social welfare and economic security of people can only be the result of such a revolution in the economic foundations of society. Marxism is not a scholastic criticism of capitalism. It is the worker’s criticism as a definite class and a living fighter in capitalist society.

There are a many sincere people these days on the Left who seek modify or revise Marxism. Such as trying to add the "market" to the concept of socialism. As far as we are concerned, it is absurd to abandon Marxism to people who accept it, not as a critique of capitalism, but as a fashionable school of thought that they can pick and choose whatever suits their thesis. A great many of them are people who had been using Marxist terminology as a wrapping for views and social aspirations alien to Marxism. As a Marxist political party we challenge the non-Marxists in the general labour movement. We criticise, from a Marxist standpoint, the way they explain the condition of the working class, the society, the economy, the state, religion, the political regime, etc. This is a fundamental objective of our party. Our account of the history of the social struggle of the working class, and of the causes of socialism's failure so far, is itself a characteristic and distinctive feature of our tradition. On why we have not yet achieved socialism, some have already come up with what they regard as answer. The tell us: "Marxian theory was wrong" and "socialism, in general, has always been a Utopia; it's not practicable". In response to such explanations we put forward a totally different argument.

In response, we are able to explain other reasons for the failure. We are able to show capitalist movements borrowed the slogans and the language of our movement. We can explain our movement was defeated by nationalism and the experiences of the false socialism in the Soviet Union. We can point to the reformists who said their way was the most efficious way towards socialism as it led workers and their organisations up the garden path to dead-ends. The victory of socialism was never inevitable and a pre-determined outcome of history. A modern slavery for several generations could just as well be the destiny of the world.  The resistance and protests of workers against capitalism is, of course, inevitable. But no one can claim that this protest will inevitably occur under the banner of the real socialists. Our future depends entirely on the actual practice of our movement and its activists; on what they do, and what visions they have and hold out to the workers' movement. If we do it right, it will work out; if we don't, it won't. There is no historical inevitability here.

Our socialist case , however, begins within our own class, as a current critical of the non-socialists, as the political party that pursues a more fundamental cause and a more radical change, as a Marxist party that propagates a particular view within our class. Supporting trade unions and strengthening the labour movement as a whole against the bosses, is an important task. But, we must examine the visions, the policies, and the views of working-class organisations and their leaders. To democratise the debate we have to ask vital questions: What do you think of socialism and Marxism? What alternative do you have for the reorganization of society? How, in your mind, can workers' total liberation be finally brought about? Workers should be confronted with the question as to why they are not socialists; why they have nothing to say and nothing to do concerning the economic foundations of the present system, the state, religion, the educational system, the permanent war drive, and so on, and so forth. We do not bow to the attitudes of the reformist workers' movements. We are duty-bound to intervene in economic, political, cultural and intellectual life of society. We want the worker to emerge as the force that presents the whole human society with a real alternative. We regard socialist vision, the Marxist critique and social revolution as crucial; just as we regard the fight for a wage rise, or to defend unemployment benefits, the right to strike, and organising to bring about improvements in the economic and political condition of the working classes as vital. Each one of these aspects expresses a different moment in the life, the struggle, the self- assertion, of the working class; aspects that we regard as indivisible and indispensable. We must criticise all social tendencies, working-class or otherwise, which break apart this whole and keep workers away from the social revolution and the social revolution away from the workers. We are fighting for the establishment of the worker’s social and economic alternative as a class. The worker’s position in production does not change. The economic foundation of society does not change. This class’s alternative for the organization of human society does not change. The worker still has to sell his or her labour power daily in order to live, and thus views the world from the same standpoint and offers the same solution to it.

The Socialist Party arose from a certain tradition of struggle within the class itself. Its relation with the working class is thus based on the relation of that tendency within the class with the working class as a whole. This means that it is not a party formed by a number of social reformers for the salvation of the working class. It is not the party of "all workers" irrespective of their outlook and their social and political aims. This is the party of the socialist workers who put forward a fundamental and comprehensive critique of the present system. We consider ourselves not a political party outside the class, but a critical party, with a definite socialist outlook, within the class itself. It is therefore for us to confront others within our class theoretically, politically, and ideologically. Socialism is the cause of workers to destroy capitalism, abolish wage-labour and do away with exploitation and classes. It may seem that socialism has turned into the password of reformist parties who to realise their palliative programme have needed workers’ power. But the workers remains where they are, with their objective situation, with their protest against the effects of the wages system and private property, with their real solution for mankind, and cannot protest against the present system except by socialism. We as activists in this socialist movement movement declare this movement, and this movement alone, is the only the present situation. The working class will triumph by virtue of being the backbone of production in the existing society and the social class having a real solution to human suffering as a whole. The power of the working class lies in its size, we have the numbers, but also rests on this class’s position in capitalist production. The era of workers’ show of strength on the political stage is once again arriving, and this time, particularly, in the cradle of capitalism its heartlands where allegedly workers’ weight has declined.
By ajohnstone at October 11, 2015