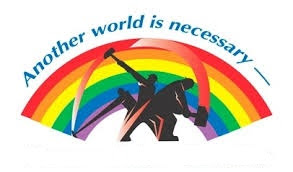 The owning class is necessarily the ruling class. Corporations are organised purely for private profit; the rights of the corporations to exploit the working class and exact tribute from the people are to be respected, according to the capitalists. The employing and owning class dictates legislation and has it constructed for its own interest. Capitalism is based on the class of those to whom belong the means of production of the whole world. These are linked together by connections of business and interest and by a political alliance. Parties, like individuals, act from motives of self-interest. The platform of a party is simply the political expression of the economic interests of the class it represents. The Labour Party differs from the Tory Party as the manufacturing capitalist differs from the financial capitalist. The Socialist Party differs from them both as the exploited wage worker differs from his exploiter; the difference here is not in business field but in kind.

Socialism has its social base in the working masses of the whole world. They are the real living force of the new society which must replace capitalism, but they continue to be tricked by their ignorant or treacherous leaders who do not give them a political line of their own and who have lined them up behind the plutocrats.  The prevailing economic system can only be abolished in two ways; namely, by securing control of government or by violent insurrection. No sane person prefers violence to peaceful measures, and hence socialists rely upon the efficacy of a united class-conscious ballot to accomplish our end.

The Socialist Party is necessarily a revolutionary party in the sense its basic demand is the common ownership of the means of production and distribution and the operation of all industry in the interest of all the people. Economic freedom can result only from collective ownership, and upon this vital principle the Socialist Party differs diametrically from every other party. Between private ownership and collective ownership there can be no compromise.  One produces for profit, the other for use. One produces millionaire elites and the other economic equals. The Socialist Party seeks to abolish class rule, wipe out class distinction, secure the peace of society, and make of this world a fit and habitable place. Sadly the workers sing the “Internationale” but do not presently apply it in practice. The workers must struggle against capitalists and must extricate themselves from their grasp. Capitalism inevitably produces exploitation and poverty, war, nationalism, racism and sexism, a poisoned environment and the waste of human and natural resources, none of which can be consistently eliminated without the socialist transformation of society.

Capitalism does not dare use to their fullest extent the productive forces of our present age. Its very existence depends upon limiting these forces. There are a number of ways in which this limiting of production takes place, but all involve fundamental principles of the profit system. Under capitalism the production of wealth is carried on for profit. The desire for profits is the motive force which drives the capitalist class to use its capital in the production of wealth. In order to secure profits the workers must be exploited. Part of the product of their labour must be turned over to the capitalist class in the shape of interest and dividends. Only through common ownership can society secure for all its members the benefit of an improved method of organisation. Once we establish common ownership of our industries we will throw off the checks of our productive powers and will be able to produce more than enough not only to supply every human being food, clothing, and homes to live in, but the opportunity for education and culture which can make life worth living

The Socialist Party is an integral part of the World Socialist Movement and declares itself to be the political organisation and political expression of the working class. The Socialist Party, (in common with all political parties) is a class party. It frankly admits that a political organisation is but an expression of class interest. The party therefore exists for the sole purpose of representing the producers, that is to say, the working class. Representing, as it does, the working and dispossessed class of the state, and having for its platform the abolition of the exploitation of the workers through rent, interest, and profit, there can be no compromise between the Socialist Party and the political expression of the owning class.  The Social Party to clearly state the principles which guide its attitude believe that poverty is necessitated by an industrial system based upon individual ownership of the means of production, distribution and exchange, utilised for private profit. They fully understand that low wages, long hours, and scarcity of employment — that is, poverty — can only disappear with the disappearance of the capitalist system of which these things are the inevitable outcome. We have no hostility or jealous feeling with regard to the workers of any other country, and disavow any intention of gaining advantage at their expense.

Some say we in the Socialist Party are “idealists.” They say on the whole we are a fine bunch of chaps but utterly impractical. Now, what is this socialism we are accused of promoting. Socialism is defined as the common ownership of the social means of production and distribution. It is the name given to the next stage of civilisation, if civilisation is to survive.  The machinery and progress in the technology of production today we do not want to use to destroy, if we are to have civilisation. Modern humanity does not intend to go back to the barbarism of the Dark Ages. But as long as the instruments of production — land, machinery, raw materials, etc. — remain private property, only comparatively few can be sole owners and masters thereof. And so long as such is the case, they will naturally use this private ownership for their private advantage. If we are to remain a politically free people, the inevitable outcome will be that the people must take possession collectively of the social means of production and distribution. And this is called socialism. If civilisation is to survive, we must act that civilisation does survive and that can only be accomplished by establishing a socialist society.
By ajohnstone at October 05, 2015