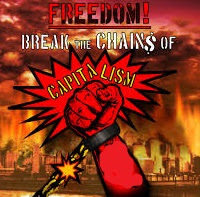 From the April 1980 issue of the Socialist Standard

In the factory where I work we weren’t exactly surprised to hear that one third of us would be sacked in a few weeks’ time. The firm make foundry and quarry equipment and we knew there was a shortage of orders. First, the night shift had been taken off, then all overtime stopped, and for the last two weeks skilled platers and welders had been put to painting the factory and doing minor maintenance work. Obviously, this couldn’t last. Every company, whether order books are empty or full, must always strive to keep down costs in order to maximise the profits each of them is in business to make, and paying men the skilled rate to slap on paint is not usually the best way of doing it.

The shop stewards’ immediate reaction was to involve three unions but management’s case was that if the redundancies don’t go through then the place will close. There’s little the unions can do in the face of this so all that remains is for the stewards to negotiate the best possible financial settlement for those who have to go.

The bad news was received calmly as most of the men have been through it all often enough. Two or three of the long service men nearing retirement hope that they will be on the list so as to collect their redundancy money before they reach 65 and lose it, but most of the men can’t help being worried. Unemployment in the area around Clydebank is well above the national average and every month brings news of more closures. Some of the local newer “starts” have lost two jobs in the last year and they know that the practice of “last in, first out” will probably see them on the move again.

Of course, not one of the men sees a redundancy as a consequence of capitalist production. They see it as something that could probably have been avoided and blame it on inefficient management and all the “non- producers” (office staff) on the payroll. But booms and slumps are part and parcel of the production for profit system. The owners of any company—in this case a multi-national—invest capital to provide a factory, plant and material. Workers are hired to use these in order to produce wealth greater than was there at the start—surplus value. If, owing to a slump in worldwide trading conditions, demand for the product is slack then what is the company to do? Can it squander the investors’ money by paying workers to wear out expensive machinery by working up equally expensive materials into products that cannot be sold? There is only one course the company can take. It must cut back production to the level required to maintain profitability, and this is what is happening all over the world.

Tea and lunch breaks sometimes provide an opportunity to question some accepted ideas. For example, when workmates gripe about the wages they get, I reply that they should reject the wages system itself; when they complain about how “the country” is being run, I ask them why they allow' politicians to do their thinking for them. These contributions are generally received with disapproval or puzzled silence. After all, where else do they ever hear such ideas? When social problems are discussed by the media, both Left and Right talk in terms of patching up or otherwise reorganising the production for sale on the market system. Wages, prices, profits, pensions, and all the other hallmarks of today’s private property set-up are taken as eternal. All that is needed, apparently, is “new policies” or maybe a change of government, so the workers are never given the opportunity to think about a solution outside of the framework of the status quo.

A few days later we are told that management will “pick the team” on the following Monday. On the Monday morning one of the young platers who has seen me speaking at an outdoor meeting asks me why he is being sacked (only a guess at this stage but it turns out to be a good one). I tell him that none of us are given a job for our benefit and that the company just doesn’t need some of us any more. I start to explain the profit motive but he loses interest and tells me he will be sacked because his foreman doesn’t like him.

From the moment we start to take in ideas we are discouraged from thinking in terms of class at all. Class, like sex, is nasty and we are taught that “the nation” is what counts and how the fate of each of us depends on our own efforts as individuals. So the working class never acts as a class because it doesn’t recognise itself as such.

An older man, a rabid Labour Party supporter, does have an answer to the redundancy. He wants to see the place nationalised. I point to the vast redundancies taking place at British Leyland, British Steel, and other state owned industries and which are only a continuation of those begun by the last Labour government. I remind him that the last job he lost was in a nationalised shipyard and during a Labour government, too. I know I’m wasting my time with him but some of the others who are listening may be taking it in.

Monday drags on and everyone is on edge waiting for the axe to fall. Late in the afternoon the foremen are summoned to the manager’s office and when they emerge each has a list in his hand. They head for their own departments and the slaughter is on. Of course, the sacked men put a brave face on it but most of them cannot hope for a job locally. Any job they do get will require considerable travel involving extra expense and those with mortgages will be hardest hit. Among those sacked are two or three in their early sixties and they know they will probably never get another job.

The blow is softened by the fact that all those who are leaving receive redundancy money or (thanks to the efforts of the stewards) six weeks’ pay in lieu of notice. Some say they will have a holiday before they start job-hunting, but sooner rather than later they will have to begin hawking themselves around, filling in forms, waiting for interviews, and all that is connected with the degrading business of seeking an employer.

Being hired and fired is a part of working class culture and always will be so long as we allow capital to use us when and where it wants. Our class must one day make the capitalist system the victim of the biggest redundancy of all.