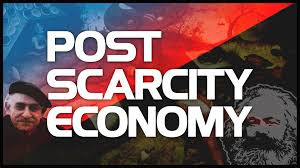 The challenges our planet and the human race face are global and serious – climate change, the decimation of the environment and epidemic disease. Capitalism with its myriad of abuses and exploitation is global. Can humanity design and implement a new, technologically advanced, “green” social system that makes our planet ecologically and economically sustainable? The problem cannot and will not be rectified on a national basis. Such pressing issues will require all of us to collaborate with a shared vision and cooperative endeavour to ensure that humanity can survive. We will need to adapt, rethink, re-focus and change some of our fundamental assumptions about what we mean by ownership of wealth. Humans are endlessly resourceful, optimistic and adaptable and there is no limit to what we humans can achieve together. At every election, the people lose their critical thinking skills. We face challenges that require the engagement of an active and conscious working class. Threats to our well-being constantly loom towards us. Divisions create conflict as vested interests in power finger-point and blame scape-goats for the failings of policies. Fear and prejudice are used as a tactic to manipulate and control us. The purpose of nationalism is to divide, control, and conquer the international working class. The ruling class knows full well that if (and when) the international working class becomes united, the era of capitalism is coming to a close.  The only way out is class solidarity around the world and be prepared to rekindle democratic politics on a planetary scale. What's afoot globally today are new visions of the economic system. There is no time left to be complacent.

Capitalism is a competitive system. Capitalist competes with capitalist to capture and to keep markets. Workers must compete with workers to get and to hold a job. No matter how comradely the workers may be, capitalism forces them to push and jostle one another in the struggle to get a living. The competition does not cease when the worker gets a job, he must still compete to keep it. He also needs to guard his wage rates and working conditions against the employers’ efforts to cut pay and impose more stringent contracts.

The misuse of political terminology has caused and is causing the utmost confusion, and it enables leaders to put across essentially anti-socialist policies in the name of socialism. The worker who understands socialism needs no leading and cannot be misled. It is, therefore, incumbent on the workers everywhere that they understand individually for themselves what is meant by socialism, and the part each must play in its propaganda and establishment. That is the only sure way to avoid the confusion and misrepresentation. The greatest obstacle to a clear understanding of socialism that faces the worker is the confusion spread by the so-called progressive parties. And the worst and most insidious form of their confusion is that they promise unrealisable reforms in return for votes. The working class must freely organise themselves in a way which will leave the other parties in the cold. There are alternatives if one has the wisdom, the commitment and courage to vote one's principles and conscience.

We must transition to a planet of a different mindset where cooperation is a higher value than competition and where our planet's natural resources and our human family members are not viewed only as resources to be converted into money. If this sounds Utopian, it is worth emphasising that the raw materials are already available. We’re all in this together. We all want the same things. It’s just we don’t all agree how to achieve them.
By ajohnstone at August 23, 2016