Workers Can Build a Better World 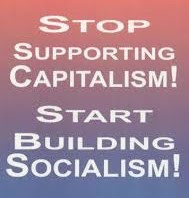 Why do you wish to be governed over? All government is over us in the interests of the minority capitalist parasite class, regardless of the Left/Right spectrum of the political parties. Why do you need a leader? If you need a leader you are a slave. The Socialist Party, Britain's oldest socialist party, and its second oldest political party, does not have, never has had and never will have, a leader. It is a slavish, sheep-like, and an abdication of one’s personal responsibility to require one:
“I would not be a Moses to lead you into the Promised Land, because if I could lead you into it, someone else could lead you out of it.”― Eugene V. Debs
"The emancipation of the working classes must be conquered by the working classes themselves. We cannot, therefore, co-operate with people who openly state that the workers are too uneducated to emancipate themselves and must be freed from above by philanthropic big bourgeois and petty bourgeois.’ - Marx and Engels

The Socialist Party doesn't support either Corbyn or the notions of leadership and has damn all to do with Momentum or the Labour Party. It doesn't matter whether the politician is an honourable person or a shit one. They are only in charge of you, as you have abdicated responsibility by agreeing to be governed over. They are not in charge of economic events. That is left to the anarchy of the market system.

Trying to work out why the ruling class and their paid for and bought media should be so apparently unfairly opposed to Corbyn (when he's only a harmless reformist advocating what Harold Wilson did 60 years ago), we wonder whether the vote in parliament on Trident gives a clue -- they don't want the main opposition party, which has a chance of forming a government, to be unilateralist? It might be a coincidence, but they encouraged the SDP breakaway in 1981 which effectively ruled out a possibly unilateralist Labour Party from getting into government in the likely future. They want nuclear weapons because, in the capitalist world of competing states, "might is right", so this is of vital interest to them.

All capitalist economies are determined by the realisation of profit … Profit is the raison d’être. As a result, if profits are declining, or by scrapping unprofitable plant or machinery profits will increase, it is quite usual for productive capacity to be scrapped. Profit can ONLY come from the exploitation of the vast majority. The illusion of democratic control over ungovernable economic forces scarcely addresses this point. It doesn't alter outcomes one iota though. The rich will still be rich and the rest of us will still be waged slaves producing all the wealth.

As long as you keep settling for a reformed capitalism, you will get waged slavery, if you are lucky, a food bank if not. A ration or a hand-out. The capitalist parasite class will be laughing all the way to their conspicuous consumption of the wealth you produce, while you go to work.  Capitalism cannot be reformed or tamed to work in the interests of the majority.

A commonly owned and democratically controlled, production for use, shared planet run by ourselves with free access and recallable delegation where administrative tasks require some specialisation does do so. We don't need money in a production for use society.

Capitalist democracy even with reforms, doesn't address the intense competition between rival capitalist blocs, locally, regionally and globally over markets, trade routes and raw materials which ultimately leads to war, either in the global confrontations of the last century, the war science arising from those at Nagasaki, Hiroshima, or the ever ongoing proxy wars. It doesn't address the limited apparent 'normalisation' of acceptance of the only 'choice', as being between two evils, as natural outcomes, nuclear annihilation or conventional annihilation. 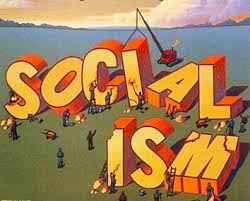 A commonly owned and democratically controlled , production for use, shared planet run by ourselves with free access and recallable delegation where administrative tasks require some specialisation does do so. It is past time for a societal upgrade to a post-capitalist system. Cuba, Sweden? Still capitalism with waged slavery for the majority and riches for the minority. The Daily Mail and every other capitalist newspaper, don't even acknowledge what communism is. They think state capitalism is communism. Communism and socialism, essentially mean the same, is a democratic, production for use, post-capitalist society, with common or social ownership (not the state ownership) of all the means of producing and distributing wealth in conditions of free access and democratic control by us all without elites. Government over the people will cease to exist and instead we will have administration, by us, locally regionally and globally, over things and resources with recallable delegation where specialism is necessary.