The Socialist Party will not falter 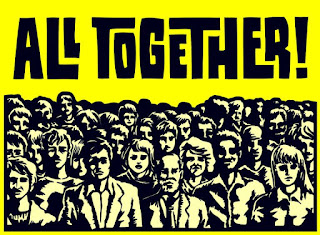 The fundamental purpose of the Socialist Party is not to preserve capitalism in any shape or form. But do we have a blueprint for a socialist society? Not in detail or the specifics of all the minutia but we can envision generally what such a society looks like. Socialism means expanding democracy, not just in the political sense but also in an economic sense – freedom from want and deprivation. The only real solutions to the attacks on the working masses by capitalism, is the socialist revolution. The defence of even the present working class living standards comes because capitalism will yield its minimal sops and reforms only out of fear. Under capitalism human society is condemned to a series of bitter struggles; class against class, nation against nation, and individual against individual. Inevitably, therefore, the great majority of the people, instead of being inspired by a common social purpose, are forced to struggle for their own individual and selfish interests. Moreover, since capitalism condemns the majority of people to poverty or insecurity, there is a continual waste of human talent and ability. The first and fundamental contrast between socialist and capitalist society is that with socialism all the means of production and distribution are owned in common. Production, that is to say, has become socialised. Thus the exploitation of one class by another is ended and no longer can one small class to live on the labour of the majority of the people. Inside socialism, production is organised to meet the needs of the people and not to provide profit for a single class. It will, therefore be possible to plan production; and so to increase enormously the amount produced.

The task of the Socialist Party is to help to turn our socialist aspiration into a socialist reality. Many of our fellow workers are under the influence of capitalist ideas, therefore the battle of ideas is an important part of the class struggle. The exploitation of wage labour by capital and the extraction of surplus value is the essence of capitalism. The working class had no alternative but to overthrow capitalism.  It is the workers of all countries, who have the cure for the crises of the capitalist system, it is workers who are the gravediggers of capitalism and the builders of socialism. The mission of the working class is not to line up behind their ruling class and fight for the interests of our exploiters. It is not to preserve the capitalist order and reduce its struggles simply to the gaining of reforms. The mission of the working class is to destroy the old social order and usher in the new world of socialism, to rescue society from the sufferings of capitalism, to emancipate all the oppressed, and end the exploitation of man by man. The working class must wage its day-to-day struggles; if it does not, the workers will be, in the words of Marx, “degraded to one level of broken wretches, past salvation”. But these everyday struggles must not be over-exaggerated; they must be waged with an objective in mind - the aim of accomplishing the socialist revolution. The compass for where we are headed should have socialism as its destination. We need to keep this end in sight and not to lose our way. This socialist system is not a utopia or dream, as many try to suggest. It is often argued that, however desirable such a society may be, it could never be made to work, because, whatever changes are made in the form of society, human nature will always remain fundamentally the same: there must always be rulers and ruled, rich and poor, employers and employed. This argument springs from ignorance of the facts. The study of history, and the observation of primitive communities still living in the world, prove that in the earliest kind of society not only were the land and the tools (what are called the means of production) regarded as the common property of the tribe, but everyone shared in the common tasks of production, as well as in the product of their labour. There was common ownership, and therefore no classes.

Socialism will be a classless society, in which all the means of producing wealth are owned in common. Instead of being divided into workers and employers, rich and poor, society will be an association of free people, all making their special contributions to the well-being of society, which in return will supply them with what they need in order to live full and happy lives. Such a society can be summed up in the slogan: “From each according to ability, to each according to needs.” For this to be possible, socialism must be based on abundance. Production will be organised in such a way that there is plenty of everything for everybody: not only food, houses, and so on, to satisfy material needs so that people can lead fulfilling lives. Socialism is not something which can be established in one country, isolated from the rest of the world. On the contrary it must be embrace by all the peoples of the world; and in so doing it will put an end to war. Many institutions which we accept today as essential, such as police and prisons, employers and workers, soldiers and civil servants, will have disappeared. Because no wars can take place in a truly global society there will be no need for armies. Because it will be a community of plenty, where there is enough for all and therefore no advantage can be obtained by theft or other forms of crime, all need for courts and police will have disappeared. In other words, the State, which is the sum of all these institutions and organisations, will itself disappear. Instead of one section of society ruling and oppressing another, men and women will have grown accustomed to living together in society without fear and compulsion. Work, instead of being simply a means of earning a living, will have become the natural expression of men’s lives, freely given according to their abilities. Moreover, the nature of work will itself have changed. Through the development of science and technology much of its drudgery will have disappeared and every man and woman will develop their mental and physical capacities to the full. Thus, for the first time, humanity, will be united in a world-wide family.

Let us pledge ourselves to work towards this goal.
By ajohnstone at August 06, 2016