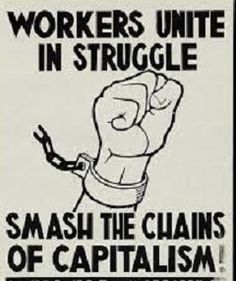 Socialism has not failed. On the contrary, it has never been tried and the growth of a genuine movement to bring it about has been deliberately frustrated by Establishment lies and misrepresentation. It is because the case for socialism is so overwhelmingly logical that those who oppose it out of narrow self-interest use their wealth, their power and their privilege to distort its meaning and to deny valid arguments about its nature and its feasibility a place on the political agenda. These are interests that have successfully pretended to you that you have to put up with capitalism and its disgusting abuse of humanity because there is no alternative to that system. Because socialism and democracy are indivisible, the task of the Socialist Party is to build the political means of convincing a majority to opt for socialism. We do not pretend that it is an easy task but, confronted with capitalist reality, it is an urgent and essential one. The antidote to  a society based  on the private ownership of production, but one built on the planet’s resources being owned in common and democratically managed. Such a society would not need money, and would instead be based on free access to goods and services.

Why do so many members of the working class find it difficult to understand the socialist case? Certainly not because of its complications. The Socialist Party declares that the workers have it in their power to build a society wherein the wealth produced shall be freely available to everyone without the need to buy, sell or exchange everything that is required. To imagine themselves having access to the goods that they have worked to produce without having to ask “How much?” or "Can I afford it?” puzzles many workers. They have come to recognise everything as the property of some person or persons. They accept without question the fact that goods are only available to them when they can afford to buy. The proposal that there can be a condition of things where the institution of buying and selling does not exist, makes them look for a flaw.

The Socialist Party does not advocate such a system of society just because it would be nice to live that way. He recognises that the present system of producing things in order that they may be sold, and that someone may make a profit out of the process, is the cause of all working class problems. From this root cause arises the poverty of the workers with its attendant problems of housing, malnutrition, overwork and unemployment, economic insecurity, crime, etc. Also from the same source comes  great catastrophes, Destruction of the environment and destruction by war. To eliminate these evils it is necessary to remove the cause. So what must we do? If the cause is private ownership with its production for sale, what stands in the way of abolishing this condition? Private ownership. Only things that are owned by someone can be sold or exchanged. When goods are produced they are not made available to the producers. They remain in the hands of those who own the tools and machinery which are used to make them. By virtue of their ownership these people have the right to say what shall be produced, how much shall be produced and how the goods and services shall be distributed. The whole of the structure of present day society is directed towards maintaining this order of things. The majority of the workers accept this system, governments administer it, police, judges and jailers enforce it, soldiers, sailors and airmen fight for it, and the owners of the land, mines, factories, transport systems, workshops, etc., thrive on it. Only the socialist challenges it.

To those who boggle at the idea of having the needs, comforts and luxuries of life made available to them; to those who take fright at the idea of a society without goods for sale, we would say this: Our proposals are not the result of a dream. They are the product of the study of social development and a recognition that socialism is the next stage in that development, not merely because we wish it but because it is inevitable if society is to continue. There is nothing difficult or incomprehensible about socialism once you cease to regard it as too simple to be true or as an idea of men who seek to trick you. All that is necessary is for you to give up seeking arguments in favour of maintaining the system that keeps you in subjection. Give a little earnest thought to the socialist case in a sympathetic manner. We know what the result will be. Then bring your actions into line with your ideas and the job of establishing socialism is as good as done. 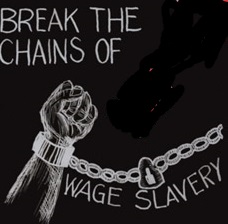