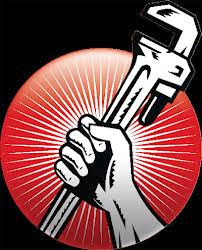 Capitalism is a system is designed to profit from emergencies and disasters, not provide for people’s needs. National and local authorities  scramble to put in place what was needed and engaged in bidding wars with each other for basic supplies and equipment. When the government fails to provide needed support such as housing, health care and food, people who need care delay seeking it out of fear of the cost.

Thanks to Covid-19 festering social issues and inequalities have been highlighted, intensifying the need for a new approach. Change is now in the air. There is talk of environmental action and re-imagining how we live. The Great Re-Set. People want to re-build better. Interconnected crises confronts humanity and  ‘peace’, ‘fraternity’, ‘equality’ are on the lips of many.

Malnutrition spoil the lives of almost a billion people and billions suffer economic insecurity. The natural world has been  poisoned. Around our divided world there’s armed conflict, modern-day slavery and displacement of persons. Anxiety and despair are everywhere. Now people throughout the world are desperate for change, for freedom, social justice, greater democracy and a healthy environment. Some commentators say it is a is a collective re-awakening of social consciousness - People Power.

The Socialist Party advocates abolishing the cause of the slavery and poverty in the working class. The Socialist Party stands for abolishing state and private ownership, and replacing them by common ownership by the whole working community in the interest of the community of workers.  We do not offer an alternative programme of scores of reforms. Our platform is simply socialism—which makes all reforms of capitalism fade into irrelevancy and insignificance. Are you satisfied that the present organisation of society is satisfactory? Can you think of anything worth while that you are likely to lose (except poverty and insecurity!) by abolishing private property in the means of production and substitution for it the common ownership of these means of production? This insane and irrational system can be ended when politically enlightened working people break the capitalist fetters of ownership in order to establish common ownership, by which means that class can at once win emancipation and abolish poverty by the ease with which they can now produce wealth.

No change in the administration of capitalism will raise workers from their abject and subject position in society. The ruling class do not rule the workers simply because they are owners, but they are able to continue their rule and domination because they control the political machinery which gives them the protection necessary to maintain their position. The working-class, therefore, must get control of this same political machinery. When the working-class have become predominantly Socialist, and are organised politically and economically on class lines, they will be easily able to obstruct the normal working of capitalism. The majority of the capitalist class, faced with the alternative of yielding to the wishes of the majority of society, or of entering into a period of continued industrial and administrative chaos, will certainly choose the former.  In socialism there will be no wages system, no profit, and consequently no capital. The means of production, no longer capital, will be communally owned.

(a) that only the abolition of capitalist private ownership will solve the poverty problem of the workers, and

(b) that the use of the vote by the organised workers for the conquest of the political machinery, is the method.

No other party believes these two things necessary. As a socialist organisation, we cannot permit non-Socialists to become members. It does, however freely open its meetings and its media to expressions of opinion by all opponents. The Socialist Party aims at changing the foundation of society, at replacing the private ownership of the means of production by common ownership. It is therefore a revolutionary party. Conversely, the use of violent methods to secure minor reforms does not turn a reformist party into a revolutionary one. 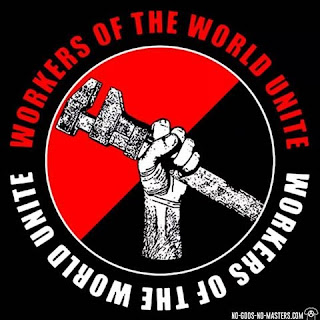