The time has come for a new beginning 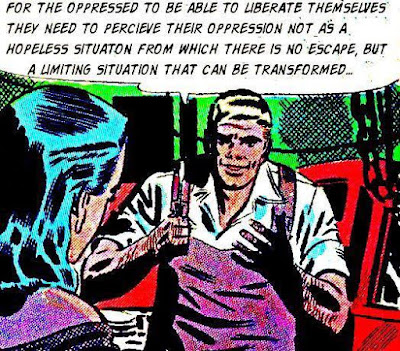 On the one side of the class conflict there is the continued existence of the system of private capitalist exploitation, and with it new wars, new international conflicts, economic crises, exploitation, , unavoidable impoverishment of the people, wholesale mortality through exploitation, epidemics, and all kinds of preventable diseases—in a word, an unending progression of acts of killing of all kinds, the killing of those who belong to the overwhelming majority of mankind—working people—by those who belong to a ridiculously small minority of idle exploiters.

What divides the Socialist Party from the various labour parties is not so much a distinction of ultimate aim as their totally conceptions upon how a class-free cooperative  commonwealth can be brought into being. Our function must be the strengthening the workers in asserting the interests and ideals of their class. The Socialist Party refuse steadfastly to surrender to our class foes – the capitalists and politicians. Our fight is the fight that matters, and now is the time to act. The road is long and tortuous, but the future is bright for the people of the world. The goal remains always the same — socialism and the substitution for the present capitalist system by the cooperative commonwealth.

The Socialist Party is an uncompromising working class political organisation. It is fighting the battle of the wage workers of the world and stands for their welfare without qualification or evasion. Its demand is that all the means and instruments of production and distribution shall be used for the benefit of the actual producers of wealth, and that government shall be controlled by the workers and administered in their interest.

The Socialist Party platform is a plain and simple declaration of principles and policies which all may understand. It was not framed merely with a view to winning votes. Its utterances are straightforward and to the point. There is no ambiguity, no evasion. There is no attempt to compromise with capitalism; no effort to throw a sop to the enemies of labor; no adherence to the miserable fiction that the interests of labor and capital are identical. The Socialist Party, in short, proposes to place the workers in possession of all the wealth they produce. The elector who casts his or her vote for our candidates may do so with the positive assurance that whenever the opportunity arises every pledge of the party platform will be carried out to the letter. The Socialist Party does not disguise the fact that its aim is the entire abolition of rent, interest, and profit, and the common ownership and operation of all industries. The Socialist Party serves notice on capitalism that the workers are at last united and alive to their class interests and that the working class intends to use its political power, through the machinery of popular government and free elections, to force compliance with its demands by peaceful methods, so that wage slavery may be entirely abolished. Votes for the Socialist Party will be a sure indication that the reign of capitalism is nearing its end, and that an era of justice, freedom, and fraternity is soon to dawn upon the world.

The Socialist Party holds that the  force in transforming society from capitalism to socialism is that class which is itself a product of capitalism, the working class  i.e., wage workers who earn their livelihood through the sale of their labour power and have no other means of existence.. By working people is meant all who work for a livelihood and do not exploit the labor of others; a category which includes those commonly called  the “middle class” or the “professional” occupations. The means of production and of satisfaction of all needs of society, having been created by the common efforts of all, must be at the disposal of all. The private appropriation of requisites for production is neither just nor beneficial. All must be placed on the same footing.

Our civilisation has taken a wrong turn. It takes no care of the needs of the community; its only aim is to increase the benefits of the capitalist. Therefore–the continuous fluctuations of industry, the crises periodically coming nearly every ten years, and throwing out of employment men and women who are brought to complete misery, whose children grow up in the gutter, ready to become inmates of the prison and asylums.   The capitalists must find markets. But everywhere it finds competitors from other nations. And continuous wars, must be fought for the supremacy on the world-market – wars for the possession of resources and trade routes. The thunder of guns, the falling of bombs never ceases; whole generations are slaughtered. 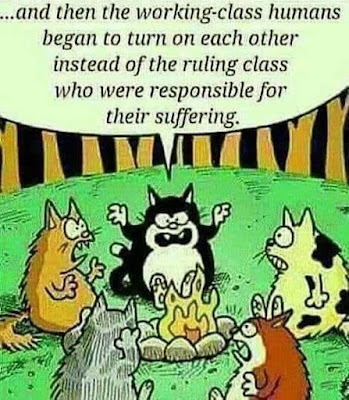