Socialism is the future of all humanity 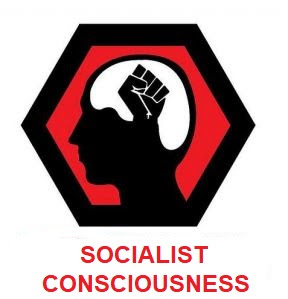 In the course of human evolution when existing institutions prove inadequate to the needs of mankind, when the system serves merely to enslave, rob, and oppress mankind, it is time to rebel against and overthrow these institutions. All human beings, irrespective of nationality, colour, or sex should share from the bountiful table of life. The history of capitalism is the history of repeated crimes, injustice, oppression, outrage, and abuse, all aiming at the exploitation of the people. Our planet is rich in resources, enough to supply everybody with all possible comforts, and insure well-being to all but is in the hands of a privileged few, while the nameless millions are at the mercy of ruthless employers and unscrupulous and corrupt politicians. They have engaged in continual war and slaughter, devastating the environment and destroying the best and finest qualities of humanity They have fostered  superstition and ignorance, sown the seeds of prejudice and strife, and turned the human family against itself.

Fellow workers, understand your importance in society and your historic mission as real men and women and then organise for socialism. Social ownership of the means of producing wealth for use and not profit. That will destroy the power of the few to dominate the lives of the majority.  Men and women are by nature gregarious; it is natural for them to join together in communities. In past societies the means of living, simple though they were, were held in common, this social solidarity and the human need for food and shelter were in conformity; but this condition long since ceased to be. The means of wealth production have become privately owned; and slave and slave owner, feudal lord and serf, and finally wage-worker and capitalist master have faced each other in conflict. It is now not the community, but the capitalist class which owns the machinery of wealth production. This class lives on the proceeds of the robbery of the workers who, by their property-less condition, are compelled to operate that machinery for its owners, in return for doing which they receive as wages only part of the product.

The aim of the Socialist Party is the cooperative commonwealth. The scramble for profit has wasted and despoiled our rich resources of soil, water, forest and minerals. The lack of social planning results in a waste of our human as well as our natural resources. Our human resources are wasted through social and economic conditions which stunt human growth, through unemployment and through our failure to provide adequate education. Unprecedented scientific and technological advances have brought us to the threshold of enriching the standard of life. Industry can and should be so operated as to enable our people to use fully their talents and skills. Such an economy will yield the maximum opportunities for individual development and the maximum of goods and services for the satisfaction of human needs. Technological change can cease the widespread distress, despair and misery. The Socialist Party reaffirms its confidence that our society will build a new relationship among peoples - a relationship based on mutual respect and on equality of opportunity. In such a society everyone will have a sense of worth and belonging, and will be enabled to develop his or her abilities to the full. The hungry, oppressed and underprivileged of the world must know democracy not as a smug slogan but as a way of life which sees the world as one whole. The Socialist Party strives for a world society free from the fear of aggression and domination. The Socialist Party will not rest content until every person in every land is able to enjoy equality and freedom, a sense of human dignity, and an opportunity to live a rich and meaningful life as a citizen of a free and peaceful world.

In socialism there will be no wages system, no profit, and consequently no capital. The means of production will be communally owned. Only the abolition of capitalist private ownership will solve the poverty problem of the workers, and that the use of the vote by the organised workers for the conquest of the political machinery, is the method. The Socialist Party holds that “the emancipation of the working class must be the work of the working class itself,” and to that end the Party devotes all its activities to the making of socialists, knowing full well that when a sufficient number of our class realise their class interest, they will organise and put socialism into operation. Leaders will not be required; all will know the way. All that is required is workers who will propagate the knowledge of socialism. No other party believes these things are necessary. 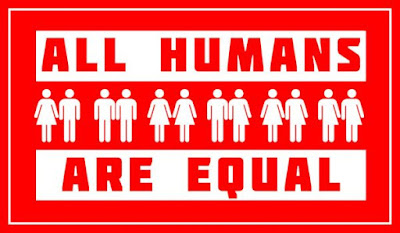