Universal Ownership of the World 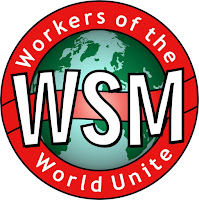 Capitalism is a sick society and this is becoming more apparent with each passing day. Crime and violence are a continuing part of daily life. Police savagely assault and even kill poorer citizens with impunity. Desperate people fight back by striking out at anything within their reach. The military are regularly deployed in the major cities to preserve property and 'law and order'—the same law and order which created the conditions in the first place. This capitalist ‘utopia’ is becoming a hell of hatred, despair, and violence. This can no longer be ignored and so people, or at least some people, are beginning to lose confidence in the reasonableness of the system.


We live in a world where wealth and poverty are juxtaposed.  We point out that all modern wars are capitalist wars, and as such did not justify the shedding of working class blood on the battlefields. That they should be of no concern to the workers no matter with what idealist sentiments either side cloaked their real aims. That the only way to abolish wars was to abolish the conditions that gave rise to them, the buying and selling system that was behind the pursuit of markets, trade routes and sources of supply. We sent out Manifestoes to the workers in the belligerent countries stating that we had no quarrel with the workers of any nation and pledging ourselves to work for the triumph of socialism.

We accept the fact that there is a class struggle in society—but that its solution lies in the hands of the workers to take political action for the establishment of socialism when they understood and want it. Consequently we have put forward candidates in the parliamentary and local elections for the purpose of taking control out of the hands of our capitalist rulers in order to clear the way for the establishment of socialism.

We hold that all people in the world, regardless of colour or nationality, are capable of understanding socialism and its implications. There is no fundamental difference in mental capacity of different groups of mankind, only differences in their stages of social development which has nothing to do with a difference in mental capacity. On this, as on other aspects of our attitude, we have published pamphlets explaining our outlook.

We are a Marxian party. That is to say we base our outlook on history and economics on the theoretical researches of Karl Marx. On the basis of Marxian economics we have pointed out that there is no solution for booms and slumps as long as capitalism lasts. That booms and slumps are inevitable products of capitalism and will always be a part of it. On the basis of the same principles we have shown that the huge rise in prices since the thirties have not been due to the rises in workers’ pay, but have mainly been due to the devaluation of currency. This in spite of the new machinery and methods introduced which were alleged to cheapen costs of production.

We have always insisted upon the capture of political power before any fundamental change in the social system can be achieved. Political power is the centre of the capitalist citadel, though the workers place this power in the capitalists’ hands at election times. But no fundamental change is possible until the majority understand and want it. We have also been opposed to reform policies and have kept unswervingly to the pursuit of socialism as our sole objective.

Finally, just as capitalism has spread all over the world, bringing similar conditions of frustration, poverty and insecurity to all peoples, so also the seeds of discontent and the yearning for something better has become a part of life everywhere. Unfortunately this discontent takes wrong turnings and has led to riots and nationalist uprisings that, in the long run, have helped nobody but the ruling class of capitalists or budding capitalists. The solution is the same everywhere, for socialism is an international movement involving the workers of the world, whatever their colour. It is not possible to establish socialism in one country alone, in the midst of a wilderness of capitalism. That was the fiction spread by the Lenin and the Bolsheviks and their servile followers.

But just as capitalism has spread, so have socialist ideas. socialist parties and groups with similar ideas to ours have developed in different parts of the world and form a Socialist International movement; such parties have arisen in the United States, Canada, New Zealand, and in India

We therefore urge the workers of the world to unite in the world-wide socialist movement which has already begun, because socialism is the only solution to the social ills of mankind. Socialism is a system in which there will be no privileged class, as everything that is in and on the earth will be the common and equal possession of all mankind. 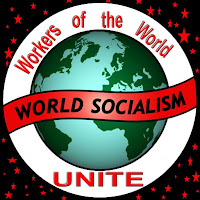