The Role of the Socialist Party 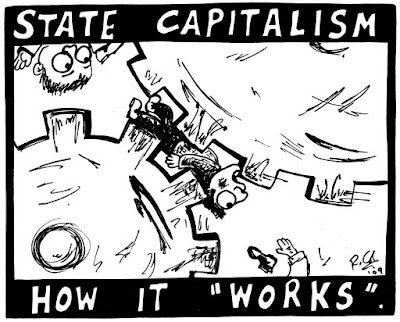 The Socialist Party points clearly to the class enemy, the handful of rich capitalists and their friends in government who run this system of profits. We offer analysis that reveals the real causes of crime, unemployment, mental illness, the housing crisis, and the million and one social issues working people  have to face everyday. The roots of those problems are not to be found among the millions of working people who slave to build this society and survive despite the daily oppression and exploitation they face. The real cause is to be found in the capitalist system itself. We point out the real enemy we must fight, and the stand we must take for our own future and futures of our children.

Capitalism means that all goods and services are produced for profit.  Human labour is a commodity for sale.  Property-less labourers, who create profit for those who purchase their labour. Competition and profit maximization are fundamental to capitalism. The basic objective of capitalism is production and expansion of capital. Cyclical recessions are built-into the operation of capitalism. There is a conflict between the needs of people and the requirement of profit. Capitalism recovers from recurrent crises at the cost of suffering of hundreds of millions of people. Yet the conviction that there can be no alternative to capitalism and the system is the destination of history, is deeply rooted in the minds of working people.

The only future the working class under the present capitalist system is only more misery and exploitation for the millions of working people around the world. We stand for revolution, the doing away with that system, and the building of socialism, where workers create a society where they control and can produce for their own benefit. For us, socialism equals workers’ power. Workers’ power means workers democratically running society through their own elected organisations. Capitalism is based on the exploitation of working people. No attempts to reform the system can do away with this exploitation. The only way workers can come to control society and create a society based on freedom and a decent life for all is through revolution. The state is an instrument of capitalist class rule. The present parliament, army, police and courts serve the interests of the capitalists. The working class cannot use the state to build socialism. The working class is an international class and socialism must be an worldwide system. We fight for solidarity with fellow-workers of all countries. Capitalism pits sections of the working class against one another. We oppose everything which turns workers of one country against those of another. We stand for peace and for the only system that makes peace possible. Those, who support a system that breeds war cannot consistently say they are for peace

Workers create all the wealth under capitalism. A socialist society can only be constructed when workers collectively seize control of that wealth and plan its production and distribution according to human need instead of profit. The liberation of the working class can only be won by the struggles of workers themselves. Capitalism cannot be patched up or reformed. The present system is based on the exploitation of working men and women. No attempts to reform the system can do away with this exploitation. The only way workers can come to control society and create a system based on freedom and a decent life for all is by overthrowing capitalism.

Let us take the offensive in the battle of ideas, which is part of the daily struggle against capitalism. For there must be no mistake—our class enemies do not neglect the weapon of propaganda. They press every kind of charlatan into service to exploit the fears and worries of working people. The issue is socialism and the abolition of poverty.  There is no room for compromise.

The Socialist Party is fundamentally different from all other parties. It expresses in political terms the aspiration of the working class to freedom. The world’s workers have always been and still are the world’s slaves. They are still the subject class in every nation on earth and the chief function of every government is to keep them at the mercy of their masters. The Socialist Party is the one party which stands squarely and uncompromisingly for the abolition of wage slavery; the one party pledged to the economic freedom and the industrial democracy of all people. 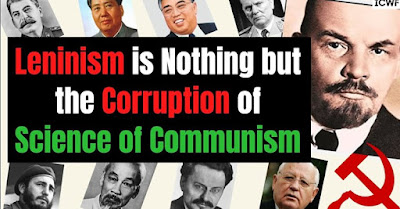