World Socialism - The Emancipation of Humanity 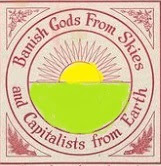 Against capitalism the Socialist Party has taken its stand. The Socialist Part declares that the emancipation of the working class can only follow the downfall of the capitalist system of production, which places the means of production into the hands of society, reorganised without class distinctions. The Socialist Party holds that the working class the world over is indivisibly one; that as victims of the capitalist class their interests are common, regardless of race, nationality, or gender. While immigration does add to the number of workers, and to that extent increases competition among the workers, it is relatively insignificant compared to the real cause — the introduction of labour-saving technology. Even if every foreigner from now on were excluded, the misery of the workers would still exist and increase. The question of racial superiority or inferiority foments race-hatred, and prevents the organising of the workers.

The Socialist Party does not refuse ameliorations and palliatives offered by the capitalist class, but contends that the more revolutionary the workers become, the stronger they make their economic and political organizations, the more ready will the capitalist class be to throw the sops of reforms to them in order to keep them contented. The emancipation of the working class must be the work of the working-class themselves. There is no other way.  Our one aim is to help liberate the working class from the bondage of wage-slavery.

The Socialist Party members are not visionaries nor are they dupes and blind followers. We are students of social evolution who understand history and the laws underlying society and its development. We not only hope for socialism and believe in it, but we hold a confidence if not a certainty that capitalism is impotent to avoid the worsening of its many problems and conflicts. Capitalism is no longer capable to administer the work of the world, or even to preserve it. The merciless capitalists and their mercenary menials have run their course. The time has come when our fellow-workers understand that interests of society are paramount to individual interests, and the two must be brought into harmony, brotherhood in society. The Socialist Party is the only party that honestly stands for economic justice, and this is impossible in a system based upon exploitation.

The Socialist Party is the only world political party in the world. Its fundamental principles are essentially the same in all lands. The Socialist Party recognises no national boundary lines. Every worker everywhere, across all frontiers, are brothers and sisters. The socialist movement, therefore, is a world movement. It knows of no conflicts of interests between the workers of one nation and the workers of another. It stands for the freedom of the workers of all nations; and, in so standing, it makes for the full freedom of all humanity.

Socialism means that all those things upon which the people in common depend shall by the people in common be owned and administered. It means that machinery shall belong to the producers and users; that all production shall be for the direct use of the producers; that the making of goods for profit shall come to an end; that we shall all be workers together; and that all opportunities shall be open and equal to all men and women. The campaign of the Socialist Party is and will be wholly educational. To arouse the consciousness of the workers to their economic interests as a class, to develop their capacity for clear thinking, to achieve their solidarity industrially and politically is to invest the working class with the inherent power it possesses to abolish the wage system and free itself from every form of servitude, and this is the mission of the World Socialist Movement. We shall not compromise, nor shall we be deflected in the least by any consideration from the straight road to the cooperative commonwealth.

The Socialist Party is the only party that does not want a vote that is not intelligently cast. The popularity of a candidate is against him or her rather than for him or her in the Socialist Party. No vote is wanted on account of the personality of a candidate. It is the value of the socialist principle that is taught and emphasised, and if this is not understood and approved the vote is not wanted. Mere disgust with other parties is not accepted by socialists as sufficient reason to encourage the voting of the Socialist ticket. Such votes are unreliable, deceptive and misleading. Those who cast them are apt to desert at the very time they are most needed. Any vote that is subject to the influence of personal considerations is so vacillating that it is of no use in the constructive work of a revolutionary political movement. Better united on the solid basis of principle, than ten times that number thrown together on the shifting sands of personality. The people, like children, are forever looking for some “great man to watch over and protect them. In the Socialist Party principles are paramount; the candidates are the last and least consideration. Socialists are not searching for some mythical Moses to lead them into a fabled promised land, nor do they expect any so-called “great man” to sacrifice himself upon the altar of the country for their salvation. They have made up their minds to be their own leaders and to save themselves. They know that persons have deceived them and will again, so they put their trust in principles, knowing that these will not betray them.

The Socialist Party addresses itself to the working class, seeking to develop the intelligence of that class, while it appeals to the ballot for the realisation of its cooperative commonwealth. It is the only party that is unequivocally committed to their economic interests. The Socialist Party does not expect the support of the capitalist class, for it is opposed to their economic interests, and it would be foolish to expect them to abolish themselves. One class now owns the tools while another class uses them. One class is small and rich and the other large and poor. One wants more profit and the other more wages. One consists of capitalists and the other of workers. These two classes are at war. There can be no peace and good will between these two essentially antagonistic economic classes. Nor can this class conflict be covered up or smoothed over. The workers are not all blind to the causes underlying this great struggle. They are beginning to see and to think. 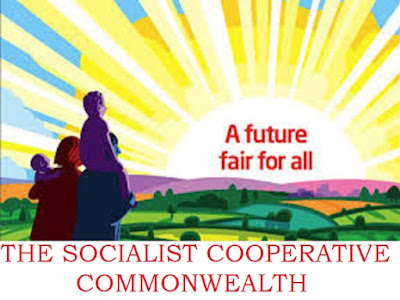