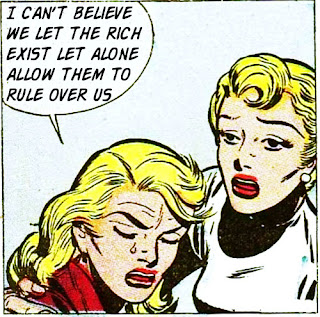 A profit-motivated economic system  represents a mortal threat to our health, to our lives, and to our planet. The capitalist class bases all their decisions on how to run industry and the economy solely upon whether or not they can make a profit. They, as a ruling class, override all else in their quest for profit, with no regard to environmental or human catastrophic consequences. There is no limit to the depths of poverty the capitalists will force upon the world’s working class in their drive to maintain their rate of profit and accumulate personal wealth. Modern society has the knowledge and the technology to make the world a heavenly paradise, but the very economic structure of capitalism itself will not allow it. The profit-driven engine of capitalism consumes everything in its path turning it into the profits that only they benefit from. The fundamental fact is, capitalism can’t be reformed. Sure we can win a few reforms here and there and we must continue  to fight for these reforms. But ultimately, the capitalist class must be overthrown and production for profit must be replaced by production for the needs and wants of the majority, and the health and safety of our planet. These fundamental changes are not unreachable fantasies; they are essential to our very survival. A world socialist revolution is the only way we can achieve the elimination of war and all weapons of death and destruction and an end to environmental catastrophes that result from the “profit-above-all-else” mentality that is the essential nature of capitalism. Only world socialism can ensure economic and social justice for all.

What we need to do is come together to use the power we have to actually do something about it. First, we have to realize who we are. We are workers. We are essential to the production of all commodities and the excavation of raw materials necessary to manufacture them. Our labour is responsible for every penny of wealth accumulated by the capitalists, the private owners of the very means of production our labour built and fuels. We are responsible for producing all the profits—including that which the capitalists use to pay our wages. The capitalists pay nothing at all. They have gotten a free ride. The capitalists own the factories, the farmland, the machines of industry, and the distribution of goods and supplies. They themselves produce nothing yet they take almost everything, leaving us the minimum they can get away with. They are the exploiters of workers and the commanders of capital, whose interests are diametrically opposed to the interests of working people the world over. The interests of capitalists and workers could not be further apart. The capitalist system puts the accumulation of vast sums of private profit and personal wealth above all else and is responsible for leading the world to the brink of ecological collapse. And make no mistake about it: while they may compete, bicker, even battle among themselves from time to time, capitalism’s collective interest lies in maintaining the class distinction between themselves and the masses of workers. They are compelled to do so to maintain their rule over us, over all the wealth we produce with our minds, hands, and backs, and over the land we walk on. The capitalist profit motive breed chaos and disregard for anything but profits. They plunder and pollute the land. They lie, cheat, swindle, sow division and distrust among people. They make the laws, hire the police, and enlist the armies to maintain their control over the means of production. By maintaining their stranglehold and enslavement of the workers, they protect their exclusive ownership rights to the plentiful wonders of the world, which they wantonly squander.

Divide and conquer is the technique they use to establish the inferiority of everyone else. The goal is to turn each worker against the other so none will join together to turn against the rich. Divide and conquer is the only way a tiny capitalist minority can maintain rule over the overwhelming majority of workers. They represent less than one percent of the world’s population yet they own and control over 90 percent of all the wealth, land, and property on the planet. Because we working people are the overwhelming majority of people on the planet. We are the ones who know how to make and do everything. We don’t need the capitalists or their rotten system that uses up and exploits everything—especially human beings—in the pursuit of private profit. In fact, the capitalist system itself is standing squarely in the way of human advancement. There can be no rational planning in the interests of what is best for the health and welfare of the planet. We  must look after ourselves from a collective-centered point of view, i.e., always looking out for our and our planet’s best interests. To do this, we must do away with the capitalist system and its chaotic profit motive. That’s all socialism really is: Working people taking over the means of production; democratically and collectively deciding what people need and want; using all our technological skill, know-how, and creativity to produce the best of everything; and eliminating all the waste involved in the production of shoddy goods that are designed to throw away to sell to the poor. With the fantastic global information technology networks we already have in place, we could calculate and allocate  what things and how much of them we need in no time, so that everyone would be provided with the best of everything. By eliminating the capitalist profit-driven mode of production and replacing it with a socialist mode of production, we could rationally plan and share the work, develop the best, safest, and most efficient production and distribution methods, and distribute everything free of charge to everyone. Without the profit motive tying the overwhelming majority of people to hours of drudgery.

Allow all people to develop to their fullest; to pursue all their interests; to hone their skills so each one will be able to contribute at his or her fullest capacity to the common good. From each according to skills and abilities, and to each according to individual needs and wants. The goal of socialism, or communism, is to eventually eliminate the need for money or any kind of exchange of one form of labour for another, or one thing for another. Instead, everyone just gets all they need and want, and contributes any talents they can develop to the fullest for the betterment of all

It is really that simple.

Under a rational, socialist, planned-economy, each machine that replaces labour, and each young worker joining the workforce, would not take someone’s job away but would simply reduce the total number of hours everyone would have to work, freeing up more time for each to, in turn, develop even more knowledge and skills. The thing we workers need to comprehend is that together, in unity and solidarity with each other toward such goals, we do have the power to change this dog-eat-dog world into just such a society. 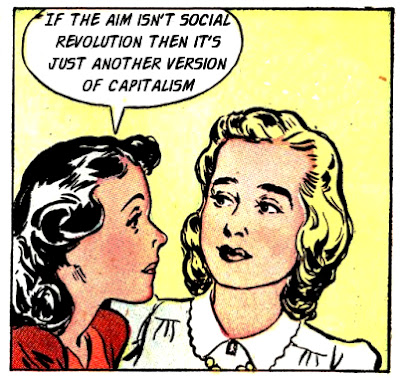