Revolution is neither possible nor desirable, we are told, except maybe to remove governments by  regime change if they interfere with the running of market capitalism. There is only a minority of people worldwide who accept the need for total social change, despite the growth of anti-capitalist ideas. Neither the Labour Party in the UK or the Democratic Party in the US are the “lesser evil” party. All capitalist parties are under the control of capital,  lock, stock and barrel. They can’t be transformed into parties representing those of us who the capitalists oppress—the working class—nor can they allow their candidates, no matter what they call themselves, to represent anything but the needs of the capitalist class. They represent the class enemy of the working class. Our power is in our unity and complete independence from the capitalist class and their political parties.

The workers’ job is essentially a simple one. It consists in recognising that all previously-existing ruling groups have hindered the development of a truly social production and distribution; in recognising the necessity for doing away with production and distribution as determined by the profit and power needs of special groups in society who control the means of production and the other social power sources. Production has to be shifted so that it can serve the real needs of the people; it has to become a production for consumption. When these things are recognised, the workers have to act upon them to realise their needs and desires. Little philosophy, sociology, economics and political science are needed to recognise those simple things and to act upon the recognition.

Capitalism has always functioned by grabbing the cheapest raw materials and pouring out waste products, poisoning  the land air and water, destroying the environment we depend on for existence.  The devastation is global. Our rulers will attempt to compensate themselves for environmental losses at the expense of rivals in neighbouring states. What is certain is as resources dry up, rival capitalists and states will fight for access to them, increasing the burden on the rest of us and when ordinary people try to prevent themselves suffering, all the political and social tensions that characterise the world today will be intensified.  The signs of discontent with the present system are visible everywhere. The key question is whether unrest grow into a consciousness of the need for change among people and the anti-capitalist minority become a majority. Experience suggests such a transformation is possible. The Socialist Party has a practical proposal right now, an election campaign to bring about the biggest possible anti-capitalist and pro-socialist protest vote at the polls. Such political activity is not only desirable, it is possible. Any party which participates in elections and doesn’t tell these truths about the Democratic Party and the Labour Party doesn’t deserve the label socialist. There is only one party that reflects the sentiments and expresses the aspirations of class-conscious workers. It is the Socialist Party. We have and always will be an uncompromising opponent of capitalism. We do not believe that this society can be patched up to meet people’s needs, but that it must be entirely replaced by a socialist society. Women and men should by no means simply wait for .this revolution to solve their problems. Class struggle right now are very important. They can win important gains. Through such struggles, we will learn how to struggle, will gain confidence in our own strength, and learn who our real enemies are. We point out that the struggle against oppression is part of the struggle to overthrow the capitalist class and the institutions through which it maintains its power. But reforms are measures to improve the conditions of the masses without eliminating the source of oppression, the capitalist system. Socialist realise the limitations of reforms, that they do not end capitalism. In our view, the enemy of all humanity is capitalism (not only the one aspect of it which is called “neo-liberalism” or “imperialism”) 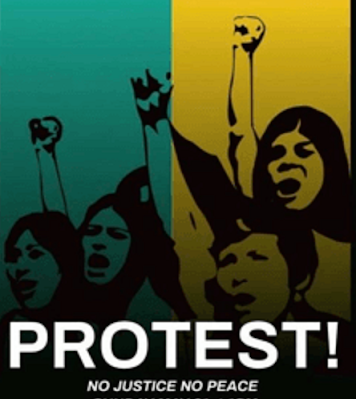 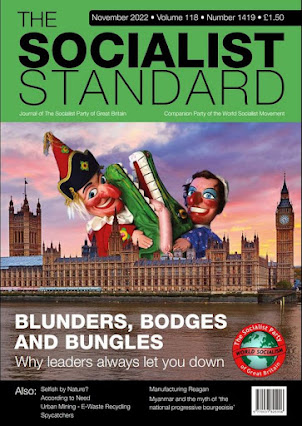