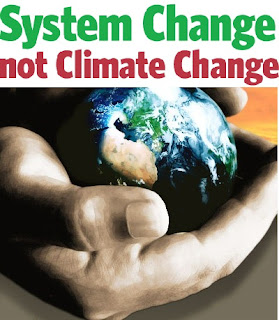 Many people don’t feel like they can change the system. Many people are simply existing, surviving, going through each day without truly living. Dis-empowerment has made it easy for people in power to continue to exploit us. Competition and rivalry between workers, sectional interests, plus social  national and racial chauvinism have often diverted workers from a revolutionary role to one that is reactionary. Recent events around the world have shown once again that reforms will be rolled back by the capitalist class when they see a need to do so. If the capitalists are to continue to make their extravagant amounts of money austerity measures have be imposed upon the greater population. The reversal of reforms does not occur randomly because of the narcissistic nature of individual capitalists. This phenomenon largely occurs due to the nature of the capitalist system itself, its drive to continually increase profits. Reforms, in themselves, do not solve any basic problems. Our criticism was that  through advocacy of such measures it was misleading the working class into a belief that they could secure their emancipation from the oppression and exploitation to which they were subjected under the capitalist system, by achieving the enactment of such measures.

It is clear that the only way to stop this continual battle for a meagre existence for basic working and living conditions is to change the system. We need to change the system yet many people still continue to attempt to work within the capitalist system. If we focus on solely on reforms alone we condemn the working class to continual tread-mill struggles for their basic working conditions. The Socialist Party should be demanding merely one thing, and that is the abolition of the capitalist system, and as the first step toward that end, the transfer of political power from the capitalist class to the working class. Our goal is to change the present system under which the small class owns and uses, for the purpose of securing profits, the machinery of production and distribution, into a society in which the ownership of the machinery of production and distribution would be in the hands of all of society. The Socialist Party devotes its efforts above all to preparing the conditions necessary for building of the Cooperative Commonwealth.

We live in a society racked with crises. This society can neither guarantee us a secure future nor even promise there will be a future. Either nuclear war casts a shadow over the lives of all of us or we face the existential threat of environmental destruction faces us. The vast majority of us work for the enrichment of the small minority of profiteers who own the bulk of the economy and through their wealth control the entire society. Under capitalism a small minority rule in fact if not in name, and profit is the be-all and end-all of economic life; human needs come second—if at all. We must change the system if we want to simply survive.

The Socialist Party holds out the possibility of a new society of production for use, not for profit. Freed from the clutches of the capitalist class, production and distribution must be brought under common ownership and the economy planned by the people themselves. The profit system cannot make use of new technology and automation for the benefit of society but socialism will. The future socialist society will reduce work to a insignificant part of daily life and offer the individual the fullest possibilities to pursue his or her own abilities and interests.