Towards a World of Plenty 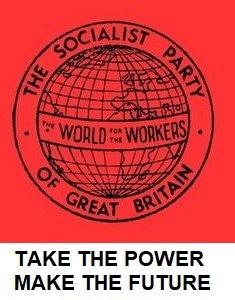 We are still the only party of the working class that holds that socialism means a complete change of society economically—yes, and in outlook too; for common ownership of wealth and its democratic control will produce a different person, who will need no bribe to work. The essence of the Socialist Party position is that social institutions cannot be transformed, nor social problems solved, without first of all altering the basis upon which these institutions rest and with which social problems are bound up. Poverty and insecurity could not be abolished whilst private ownership in the means and instruments of production remained. The State, as a social institution and organ of coercion, could not disappear whilst private property in the means of living, the interests of which it existed to defend and conserve, remained. Social problems had their roots in capitalism as a social system. They could not be solved separately and apart from the revolutionary transformation involved in the change from private ownership to social ownership. Any attempt to solve the effects of capitalism leads to reformism and failure so far as concerns the fundamental problems of capitalism and their solution.

The cut-throat competition of capitalism usually results in victory of the strong over the weak. In the battle for survival in capitalist society it is everybody for oneself. Socialism is just the reverse. It is all for one and one for all. Community of interest and shared ideals unite people for the common good. This spirit of mutual aid gives socialism its strength. Socialism is expression of  the cooperative, egalitarian visions found in the workers’ movement. Socialist ideas on human emancipation  are incompatible with any State or one- party rule, and true socialisation of the means of production requires the participation of all citizens in social decision-making.

With its incredible productive capacity why has capitalism not provided plenty for all? Because the very foundation of capitalism is all wrong. Each new discovery and invention  made a world of plenty for all a greater possibility. But capitalism can exist only on the basis of a system of scarcity.  Technology in the hands of working people dedicated to planned production for the use of the people rather than for the profits of the owners of industry would truly usher in an age of peace, plenty, and happiness. This age of plenty for all is already possible on the basis of productive powers of the last several decades. There is plenty of pie available for everybody.  The Socialist Party has always stated that capitalism should be abolished because it mismanages the means of production so that  those who own the means of production reap great profits while the rest of us are deprived of a secure standard of living. We would prove this by pointing to the tremendous capacities which the modern technology has; how it could satisfy the needs of everyone if it were run for that purpose; and how capitalism, instead, run the industrial machine for profits.

The Socialist Party clearly says, if only the people ran these industries themselves, we could produce enough to satisfy everyone’s needs. It remains the great and tragic paradox of our age that capitalism cannot satisfy the most elementary needs of the people, while it squanders trillions of dollars for war: That is the greatest indictment of world capitalism. Socialism could take the vast resources which are available and use them for constructive purposes.

The capitalist  has only one reason to run his factory – profit. The fact that the millions of people need food, clothing, housing, transportation, communications and amusement is of interest to the capitalist only as the “market” in which he can realise a profit. If there is profit he hires. If profit falls off, he lays his workers off. The liberal reformist progressives fail to understand that the main objective of capitalists is to make profits and warfare only means a greater opportunity for more profits

Poverty in the midst of plenty is the distinguishing mark of the capitalist system of production and it has intensified tenfold during a coronavirus crisis.

What is the future of mankind? Do we stand on the edge of the abyss where death and destruction is a prospect for the whole of mankind? Or do we stand upon the threshold of a new world of peace and plenty, the brotherhood of mankind? The struggle for socialism has become the fight for the very existence of  civilisation. 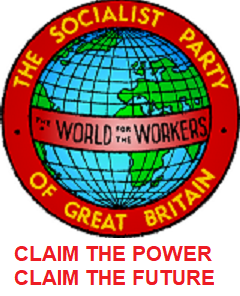