The solution to capitalist crises.

The Socialist Party has demonstrated that with the socialisation of the means of production there can be an increasing standard of life for all. Socialists use the term planning for use to mean planning production in such profusion that all the needs of the masses would be satisfied.

Global warming and the environmental crisis is one of the greatest challenges facing humanity. The gross waste of resources in an insatiable accumulation of capital is the source of this disaster.  Short-sighted drive for profit, neglects and abuse of science under capitalism destroy the world’s environment at an accelerating speed. Science, technology and industry can be positive and beneficial to society, but private property and the priorities  the ruling class create great problems. Socialism is the power of the working people who reclaims the people’s property from the capitalists. There will be an end to the right for some to exploit other people’s labour and to claim possession of what society has produced. The producers themselves, the workers, will decide what to produce and how – not “the market”. Only in a socialist society, when the classes and the state have ceased to exist, can people attain full and unlimited freedom. Only then the principle “From each according to ability, to each according to needs” can be realised.

Profit is derived from unpaid labour time. Workers’ labour power is purchased on the market by the owners of capital. Put to work, on average in half the working week, it produces values sufficient to cover wages to maintain a worker and family. The value produced in the remainder of the working week constitutes surplus value, the source of profit. The commodities produced by workers’ socialised labour are privately appropriated by monopoly capitalists. They will continue to be produced so long as they can be sold for profit on the market. This factor is the cause of the alternating cycle of boom or crisis of capitalism. It is inevitable that sooner or later these social conditions will impel people to organise to end the conflict between the socialised labour process and private ownership of the decisive means of production, the big factories, mines and corporate farms by the establishment of socialism. With socialism, production takes place for people’s use.

The world to-day is in the hands of multi-billionaires, the owners of the biggest, corporations the biggest banks. Nearly everything we use or need are in their grasp, as well as mining, chemicals, transport, etc. These capitalists, not only own or control the chief means whereby we work and live, but, in fact, control the whole governing machine. They pull the strings. And they use their power to make themselves richer and richer—at our expense. They hire workers to make profit out of their labour; their capitalist production is for profit, not for use: and to get more profit they slash wages, carry through speed-ups and worsen conditions. This mad race for profit ends in a crisis; and then they try to get out of the crisis—at our expense. Poverty, insecurity and malnutrition making their inroads in the homes of millions.

It is not only poverty and insecurity and unemployment which threatens the majority of the world’s people. For the great capitalist employers, the great financiers and bankers have one last use for us all, and that is to recruit us for war. The cause of capitalist war is the attempt of each national capitalist group—British, French, German, American, Russian, Chinese, etc.—to beat its competitors on the world market and to win bigger and bigger profits for its own capitalist class. Science and genius are prostituted to discover and perfect the means of death and destruction of millions, in order to win new markets, territory, and spheres of profitable capitalist investment, to bring rent, interest and profit for a handful of employers, bankers and landlords. The huge armed forces, and the colossal armament apparatus of the capitalists is only made possible by the oppression and robbery of working people. It is this plunder that enables the ruling class to wage the class war. It is a common fight against a common enemy.

We socialists offer the solution to capitalism crises. It consists in eliminating capitalism itself. Socialism and the abolition of capitalism and is the only solution that human beings can give to the current crises. It will mean that the capitalists will be deprived of their ownership and control of the factories and workshops, mills and mines, communications and transport. All these means of production which they have used and misused only to pile up profits for themselves and poverty for the workers will be taken from them. Socialism will put an end of production for profit and will carry on production for use. The needs of all will be met, and new needs and pleasures now denied to the working class will be created and satisfied by a socialist organisation. It will mean that the billionaires who now own the media will be deprived of their “liberty” to put forward their purses as “public opinion” and to spread lies and dupe  the people. We have to-day ample resources for producing all the things we need. Socialism is a society, organised as a whole. 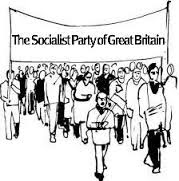