Towards a Society of Solidarity 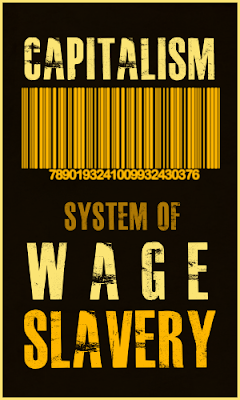 The obscenity of today’s world  is that the most important thing is money and profit, and not human needs. We know how to feed people who are hungry, and we know how to cure people with preventable diseases, but it is obscene that we do not do it. In pursuit of maximising profits, capitalists intend to use Artificial Intelligence and robots to displace, if possible, millions of workers. The profit driven corporations “are racing to automate their own work forces to stay ahead of the competition, with little regard for the impact on working people. Money dominates the world as never before. Perhaps it is time to consider an economic and social system that puts social needs, social welfare and social health to the forefront.  Very few people in the world will go through life without some form of  economic anxiety or worry. Ultimately their problems must be addressed as part of a wider systematic change that moves away from a capitalist for profit system to a system directed by people’s needs.

Was this socialism? So many on the left today believes that  turning back the clock to the days of FDR’s New Deal, reproducing the welfare state of the Nordic countries is what socialism amounts to. The Socialist Party tends to be a bit old-fashioned. We cling to the concept that socialism is the abolition of private and government ownership, a class-free society and the  the total transformation of society that will allow us to enjoy true freedom for the first time in human history. Without a coherent  vision of a better world and the organization that goes with it, working people’s resistance to capitalism will likely go nowhere. The first and the easiest step is telling the truth about our current society and presenting a clear picture of  a society that serves the well-being of humanity. This is not how capitalism works. Capitalism breeds chaos because its priority is to maximise profits above all else.  It’s the poor who suffer the most hardships and hazards.

Wars can be ended. Global warming can be reversed and environmental destruction can be repaired. And the only way is to get rid of the cause, i.e., the profit-driven system of capitalism. Working people that have no control over their circumstances; no control over their governments; no control over their economic situation; no control over the weapons their governments produce in the world of capitalist competition for profit.  These are capitalists’ imperative to rule the world in their own interests. The capitalists care about nothing except their wealth and power. And, in order to maintain that control, they must resort to war, plunder and environmental destruction. They must drill and mine with abandon. They must bring down mountaintops. They must chop down rain forests.  They must pollute and poison the land water and air. Our masters are  creating a world of fear and chaos — blinding us to our common human interests of living in a peaceful and plentiful world shared by all. They want us at war with one another. They thrive on spreading race, class, religious and ethnic hatred where none instinctively exists. This is not humanity at work. This is capitalism working as normal. And only  working people across the globe, have the power to end this insanity by building a world where human interests and the welfare of our planet are our collective concerns, and the fruits of our labour are shared equally by all. This is our true human nature—to work together to save and protect our world—this is what socialism is all about.

When it comes to war, the capitalists say, “there has always been war—it’s human nature to be war-like.” When it comes to economic inequality they say, “there has always been a wealthy minority in power over the lower classes —the wealthy are on top because they are smarter, better, stronger. The poor are poor because they are less intelligent.” We are taught to believe that this is the way it is, has always been, and will always be. The economic structure of capitalism and the laws created and enforced by capitalists are all designed to allow the wealthy to accumulate the profits that the working masses produce. Capitalism—by its very structure—is designed to protect the privileges of the wealthy by any means necessary. That is the purpose of the courts, the police and the military. Capitalism is democracy for the wealthy and dictatorship over the working class.

Capitalism is a stage of social evolution that has outlived its usefulness. It destroys the world in order to increase private profits for the wealthy. Natural resources wherever they are found, are taken by force of violence for the benefit of privately owned corporations. Capitalist production pollutes and destroys the environment because taking the proper precautions to produce durable goods and to preserve the health and safety of workers and the planet cuts into their profits. That’s why factories spew their filth in the air, land and sea with abandon and without guilt. There is only one thing that stands in the way of our road to a socialist utopia—and that is capitalism—the private ownership of the means of production by a tiny, despotic, divisive, parasitic capitalist class that can only survive by oppression, violence and war. Capitalism has to go

So what will socialism look like? Socialism’s fundamental economic structure turns capitalism—the private ownership of the means of production — upside-down. Socialism is an economic system that democratises production in order to fulfill the needs and wants of all on an equal basis, instead of on the accumulation of private profits for the few. Production for need and want instead of private profit will free up resources to ensure safety and efficiency on the job—both for the health and safety of workers and the preservation of our environment. It will eliminate the waste of producing inferior products designed to break down so that they have to constantly be replaced—a standard practice of capitalist production to increase profits. Instead, we can concentrate on the production of durable products that can be upgraded as technology evolves. Without the private, profit-driven capitalist motive of production, we will be free to revolutionise production methods without sacrificing the well being of people or the planet. The goal will be to produce durable goods more efficiently—maximising automation while gradually shortening the work-week and increasing living standards for all—so that everyone can have, not only all the necessities and wants of life, but more free time to pursue personal interests, the arts, scientific advancements. We will be free to study life on earth, preserve our environment and explore the intelligence and diversity of the species that share our planet with us. It will be a world without racism, sexism, war, jails, poverty, starvation, homelessness, ignorance, despair, drug addiction, crime and pestilence. Under a democratic and cooperative socialist society, the free and equal development of each individual’s talents and abilities will finally become the condition for the free and equal development of all of us. With a socialist society—with an ecologically safe and carefully planned communal economy, there are no obstacles that we won’t be able to overcome. It will be a society designed to encourage human development to its fullest while preserving and safeguarding the health and welfare of our planet for the benefit of all. 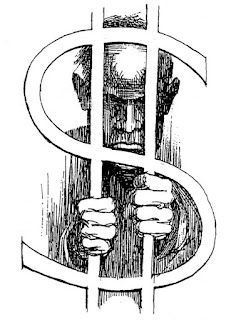