In Defence Of Socialism 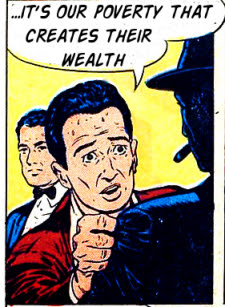 The pandemic has  the world to the brink of chaos, and and compels us all to ask—what now? The time has come when big changes are necessary. The pandemic has shown more and more clearly capitalist society’s inability to fully serve the needs of the people. While  poverty and unemployment have been the lot of the common people, the billionaires and the big corporations have made fortunes out of the misery of coronavirus.  The rich are getting richer and the poor poorer.

World socialism, with planned production to meet the people’s needs, would make it possible to realise the practical things that people want—such as a shorter working day with increased leisure, a decent standard of living, and a solution of the housing shortage.  The planet’s productive resources—the land, factories and transport—are now owned by a small class of rich people. These rich capitalists draw their incomes, not from their own labour, but from the labour of working people. The workers produce wealth far in excess of the wages they are paid, whether these wages are high or low. The surplus they produce above their wages is not paid for, but is taken as profit by the capitalists. The wealth is produced by those who work by hand and brain, far in excess of the wages they are paid. The surplus goes to the capitalist owners or shareholders as profit. This is capitalist exploitation, the basis of all forms of rent and interest, the source of all capitalist wealth. Capitalism makes mockery of its argument that rent, interest and profit are deservedly earned by the enterprise and the risks taken by capitalists freely competing with one another. Capitalism makes a farce of democracy, leaving overwhelming economic, political power and ideological power in private hands while keeping control out of the hands of the people. People are divorced from the process of decision making. Governments come and go, but the capitalist state goes on. The capitalists attack all the essential rights and liberties that have been won over many years of struggle by the working people and the drive to dictatorial and authoritarian rule is deepening in many countries.

The capitalists use their profits to pile up new profits. The constant aim of the rich owners of capital is to increase their profits at the expense of the working people. They keep wages, social security benefits and pensions down. They install new technology  that displaces labour, to reduce their wages bill and make still larger profits. Always there is poverty in the midst of plenty.

The World Socialist Movement has always aimed to take the means of production and distribution out of the hands of individuals and the government, and to transfer them to the ownership of the people as a whole, so that they can be used for the common good, the foundation on which working people can build a new life. With socialism we know we shall be in a position to gain ten times the result achieved by capitalism without the social cost we pay now for the tenth part. The capitalist system is inevitably marked by gross inequality.

Social ownership, production to meet the people’s needs instead of production for private profit, opens the way to a better life.  Common ownership means an end to the chaos and wasteful competition of production for profit. Planned production and distribution ensures the development of new productive resources to provide what people really want. Socialism therefore means the opportunity to live our own lives free from the fear of poverty. Socialism does not mean the levelling down of living standards. It does not bring bureaucracy and tyranny. On the contrary, socialism draws more and more people into planning and making their own future, and frees their creative energies for great economic, social and cultural advances. A socialist society means above all a better future, a real opportunity for everyone, where there are neither masters nor servants but only people working collectively together to share in a happy, prosperous life. Our planet has great resources for the benefit of all. The essential problems facing  people stem from the nature of modern capitalist society. Only when this system is replaced by socialism, by the common ownership and democratic control of the means of production and distribution can global problems really be solved. 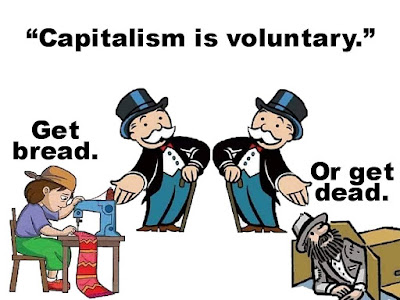