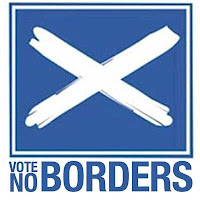 Although Scots speak of Scotland as “our” country, and throughout its history millions have died or have been mutilated in defence of what they called “their” country, as a matter of fact Scotland does not belong to the whole of the Scottish people, but to a comparative few. How many Scots can point to a particular part of the map of Scotland and say “this is mine”? The great number own perhaps their home and a even less possessing of a garden, the greatest portion of Scotland being divided among a few great landlords.

The SNP speak of Scotland as a wealthy country. Does that mean that the Scottish people as a whole are well off? By no means. A few are immensely rich, most get a bare living, a large number are degradingly poor. The land and all the means of producing the nation’s wealth are owned by the landlords and capitalist class. The great mass of the people own nothing except their muscles and brains, that is, their power and ability to work. In capitalist Scotland , production is carried on not for the purpose of supplying the needs of the people but for the purpose of sale in order to realise a profit. Only those who have something to sell can get a living. Only those can obtain things who can afford to buy. This is the commercial system, and this is how it works out:- Scotland manufactures sufficient  goods, for example, to supply all the requirements of the people. But the workers cannot afford to buy all that they require of these commodities. To use the language of commerce, “the home market cannot absorb the home production”, and so the capitalist sends his goods where he can sell them. Two-thirds of the annual production goods are exported from Scotland every year while the workers who have produced these have to go without them. If things were produced for use, nobody would spend time in the manufacture of shoddy goods, jerry-built houses, or adulterated food. Commerce is the only purpose of Scottish industry.

The worker has nothing to sell but labour powerto an employer for so many hours a day for a certain price, that is, wages. Since one cannot separate labour power from one’s body it comes to this, that a worker actually sells oneself like a slave. We socialists, call the workers of capitalist countries, “Wage-slaves”. Wages are determined by what it costs to keep a family. How many working people do you know who can save out of their wages? They may be able to put something by in a good year, but bad years come and the savings are gone. It is a fact that in Scotland on the average a worker is not more than two weeks removed from penury.

The capitalist will only buy labour if he can make profit out of it. Just compare the value of the goods you turned out in a day when you were in the factory, and what you received for your work. The difference between the two is the employer’s profit. Profit is the result of the unpaid labour of the worker. In capitalist Scotland, the workers are continually robbed of the results of their labour.

The capitalist will compel the worker to work as hard and as long as he can, for as little money as possible. In spite of health and safety laws, inhuman sweating still flourishes. Whole industries in which absolutely bad working conditions exist. Even through the efforts of the best-organised trade unions wages never rise higher than the cost of living. And even this is not secure. In the endeavour to produce as cheaply as possible, the capitalist continually introduces labour-dispensing technology, which enables him to produce more goods in less time and reduces the standard of skill required. As a result unemployment is continually on the increase.

The immense quantity of goods produced in Scotland which cannot be sold because the workers do not earn enough compels the capitalists to seek markets abroad. They are compelled to seek for undeveloped countries in which to re-invest the profits they have wrung out of the workers at home. Furthermore, the enormous strides which industry has made during the last few decades has created a greater and greater demand for raw materials. For that reason the government which exists solely to serve the interests of the capitalists, strive to acquire wider and greater markets rich in resources. The capitalists of other countries are in the same position, and the rivalry between the capitalists for the possession of these territories leads to trade wars. A sovereign nation such as the SNP seeks will abide by the rules of capitalist competition.

What does capitalism offer the worker? A life of drudgery and toil, barely a subsistence. Always the dread fear of the sack. A drab, dreary existence and when unable to work any longer, to be thrown on the scrap-heap. Nationalists say there will be a change and things will be different after independence. But with all the nationalist policies and plans, if capitalism remains in existence, the worker will still remain subject to the capitalist. There will still be riches and leisure for the few, toil, and poverty for the many. Mansions with landed estates for the wealthy, shoe-box housing estates for the workers.

Capitalist Scotland can offer its workers nothing but wage slavery. Instead of a separatism, the Socialist Party offers together a world wide co-operative commonwealth which we can build together. 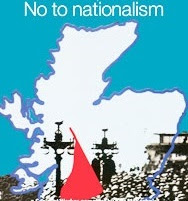