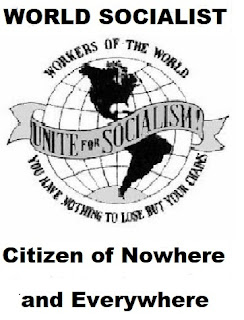 The worker in Scotland is equally exploited as the worker in England. Scottish nationalists by no means struggle for the liberation of workers. They only struggles for its own selfish ends. They want an independent Scottish sovereign state to have a bigger slice of the profits from exploitation of Scottish workers. Left-nationalists contribute nothing but division and confusion in the midst of the workers. They ally with the little bosses and don the garb of independence in order to reach a larger public. Many people are fed up with capitalist society  and they make easy pickings for nationalists. Nationalism and  independence are  empty slogans which demagogues can fill with a false and even dangerous content. Capitalist "freedom" means bosses are free to screw us all. In capitalist society, only the bosses are free - free to hire and fire, free to pillage and plunder, free to make our class slave for their profits.

The cause of socialism recognises no borders, has no fatherland other than the world, and cannot succeed without the unanimous agreement of all the world’s workers, the World Socialist Movement (WSM), stands with all our fellow-workers across the world. We seek to remake a world with no borders. Socialism cannot exist without a change in consciousness resulting in a new fraternal attitude toward humanity, both at an individual level, within the societies where socialism is being built or has been built, and on a world scale, with regard to all peoples suffering from capitalist exploitation. For us there is no valid definition of socialism other than the abolition of the exploitation of one human being by another. We have to prepare conditions so that our brothers and sisters can directly and consciously take the path of the complete abolition of exploitation. We cannot be indifferent to what happens anywhere in the world, because the practice of worldwide solidarity with fellow-workers  is not only a duty for those  struggling for a better future, it is also an inescapable necessity. Socialism knows no borders. For the workers there were no frontiers and no nationalities, but only mankind. Socialism is all about world community. There is no room for nation-states.

The members of Glasgow and Edinburgh branches of the Socialist Party are world socialists and they oppose nationalism. By nationalism, the bosses mean that workers must respect capitalist borders. These borders are artificial; they exist to divide workers and keep different sets of bosses in power. Workers need no borders. Workers in one part of the world are not different from or better than workers in another. Nationalism creates false loyalties. Workers should be loyal only to other workers, never to a boss. We endorse the revolutionary slogan: "Workers of the world, unite!"

Socialism can never happen in any one country without the help of the workers of all lands. For us neither geographical boundaries, nationality, nor colour makes rivals or enemies; for us there are no nations, but only fellow-workers  whose mutual sympathies are perverted by masters whose interest it is to stir up hatreds between the dwellers in different lands. We are working for equality and fraternity for all the world, and it is only through equality and fraternity that we can be effective.

Since the world is divided up into nation-states where weaker subservient countries are subject to their stronger imperialist masters, the inevitable result of this rivalry among the nations is trade wars and actual war itself. This nationalism alone indicts capitalism as the great obstacle to human progress and social evolution.

The WSM aspires for a world worth living in.  Where no nationalities exist but where diverse cultures flourish. 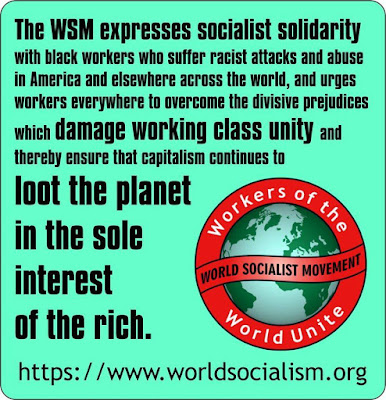