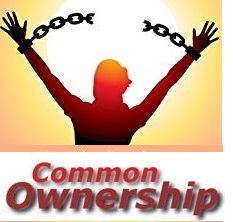 The Socialist Party struggles to transform the means of production (natural resources and industries, etc.) into social property, ending their private property, which only allows the exploitation of the working class and the impoverishment of the people. Being anti-capitalist means seeking to rid the world of capitalism and establish socialism. No support to capitalist parties or parties that believe capitalism and socialism can co-exist—they cannot. nationalisation of industry means simply State capitalism. The workers have no control whatsoever. This is true even when the Labour Party is in the government. The government is still a government over the workers. The elections of the Labour Party are run on the assumption that Labour Party victories would mean workers’ control over the resources of the nation. As a matter of fact, everywhere we see these Labour Parties defend capitalism. They would like the workers to trust to the Labour politicians to bring the factories under workers’ control. Workers’ control to the opportunists of all stripes means simply workers’ participation in a government that controls the industries and runs them.

Socialism is a society of free people. They cannot be compelled to do what they do not want to do, either by brute force or (as in capitalism) by threats to their livelihood, built upon a recognition of our shared heritage and  our common  ownership of the fruits of the planet, the common wealth belonging to humanity in its entirety. There is absolutely no excuse for any hard times anywhere in the World. There exists fabulous and inexhaustible riches, enough for all, times more Yet in the very midst of these we are unable to feed and shelter ourselves. Capitalism is a system of gorging one and famishing the other Capitalism is essentially anti-social. Its entire structure rests upon the production of things primarily for sale to the end that a ruling class may profit, instead of upon the social principle of production for use, for social gain, for the common good and joy of all. The only reason why working people who are capable of building beautiful homes – as is shown by the palaces they build for the rich – build ugly, prison-like, gloomy tenements for themselves  to dwell in is the fact that their labor is governed, not by the desire to attain supreme usefulness, but by the desire for profit.

No longer one against all and all against one, but one for all and all for one. From each according to his abilities, to each according to his needs; that is to say: From each and to each at will. Production for use instead of profit, for the collective good instead of for the gain of a few at the cost of the many, can only be made possible through the common ownership of the resources of nature and the principal means of production. And so everywhere the socialist movement is striving to bring about the social ownership and democratic control and management of all those means of production which so long as they are owned and controlled by individuals, or by groups of individuals, enable their owners to build thrones of pride and power upon the degradation of the many, the users of the tools, the actual producers. Common ownership of the means of production, with democratic management, is the central demand in the socialist programme everywhere.

Socialists do not contemplate the destruction of all forms of private property, and the making of all things common to all. On the contrary, it is quite certain that collective ownership of the great social agencies of production and exchange would result in making private property far more general than it is now. Millions of people have practically no private property at all to-day. They do not own the homes in which they live. They do not own the things they produce. They do not own enough to provide the necessities of a decent existence during a month of enforced abstention from labour. When sickness, accident, or other misfortune, compels them to be idle for a few weeks they are reduced to dependence upon charity as the only alternative to starvation. Even in the most prosperous times millions of people are so divorced from property of all kinds that they never have enough good food to eat, enough good clothes to wear, or decent homes in which to live. How idle, therefore, it is to urge as a reason for opposing socialism and remaining content with the existing order the fear that socialism would do away with private property. Capitalism has never provided all people with private property. Socialism on the other hand, would make it possible for every human being to have and own all the private property which that human being could use to advantage and without imposing any disadvantage upon another human being. Common ownership of the principal means of social production – that is, the natural resources, the mines, factories, railways, machinery, and so on – would not take away anything from the great majority of people. True, the worker would not himself own the machine used by him, but that is his condition to-day. The workers in factories and workshops do not own the tools with which they labour. They do not own the raw materials upon which they labour. They do not own the places in which they labour. They do not own the things which they produce by their labour. All these are owned by an exploiting class of non-producers, whose interest it is to see that the producers get in the form of wages as little as they can manage to live upon, and produce as much more than they receive as possible. This is the inevitable interest of the owning class, because its own income is derived from that which the workers produce over and above what they receive in the form of wages.

Common ownership and democratic control of the means of production would not give the ownership of the tools of labour to the individual worker. That was once possible, in the days when production was of necessity carried on by hand labour. It is not possible with machine production, which is only carried on by the organised labour of masses of workers. But collective ownership would make it impossible for the idle few to exploit the industrious many. It would make it possible for the workers themselves to exercise an effective control over the products of their labour and their distribution. It would make certain a fuller enjoyment by the producers of the wealth they produce. This is what we mean when we say that common ownership of the forces of social production would result in a greater diffusion of real private property.

Socialism, then, is an attempt to realise in the larger life of the community that rational and fair adjustment of collective and individual power and responsibility

The socialist ideal is not at all incompatible with the development of individual genius and character.  Until we socialise all we shall waste an incalculable amount of potential individual genius. We must give to every child born full and free access to every social gift, to develop all his or her gifts. Socialism, then, is not aiming at equality and a level plain of mediocrity. Poverty must be abolished, because it is anti-social, and denies millions opportunity to develop their inborn powers. The disease-breeding tenement and the slum must go for the same reason. To-day the production and the exchange of wealth are functions carried on with an anti-social object, namely, the profit of a class of non-producers. That is the fundamental wrong of capitalism. That is the source of its poverty and its inequality. Those who make the bread of the world cannot eat the bread their hands have made. No one is poor because there is not enough for all. No child suffers hunger because there is a dearth of food. No child wears rags or goes without shoes because good clothes and shoes cannot be made in sufficient quantity to supply all. We have abundant natural resources and wonderful powers of production; on the other side are have a great unsatisfied need which could be easily satisfied. But we have not as yet learned to direct our productive capacity to the social good. No human want would remain unsatisfied so long as there were unexhausted productive powers. All our resources and our skill and might would be combined to meet the needs of every human being.

We must end capitalism and establish a socialist world. There is no other way. We aim to make life better, happier and more beautiful for all, capable of producing plenty for all. 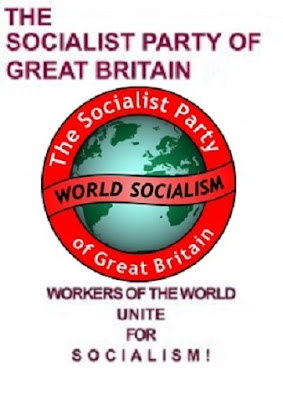