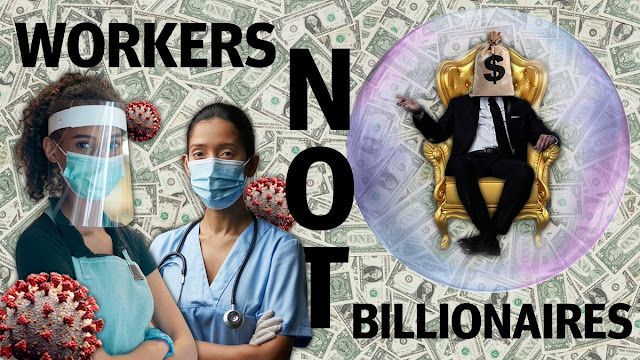 Nowhere in the world has socialism been established. The aim of the Socialist Party is to establish socialism. Our  aim to make the working people the masters of their own destiny, to win political power, and build socialism. Socialism means no privileged elite, only the right of working people themselves to manage their own affairs. It means creating a worldwide brotherhood and sisterhood. In capitalism, a few, by virtue of the ownership of the means of production, has control over the whole productive process and possesses corresponding privileges, together with the control of government. The rest of the community possesses nothing but a minimum of personal possessions, the ability to work, and some hard-won political rights. A conflict of interest is inevitable. Society rests at present upon the basis of private ownership, of the common means of living society is divided by interest, association, education, outlook, and psychology into at least two classes—the owners and non-owners of the means of producing the essentials of life. Because the owners possess the essentials of existence they are able to dictate terms to the non-owning mass. Because the owners are few and the non-owners are many they can only conserve their monopoly by manipulating the minds of the masses as well as the machinery of political administration. All the capitalist politicians, their spokesmen and defenders, do everything they can to persuade the working class not to form a political party of their own. They do not limit themselves to persuasion, but put direct obstacles in the path of such a step.

The  struggle to end the exploitation must begin as a struggle to undo in the mind of the worker that our masters are intent to keep enslaved, to ensure we are content with our wage-slavery and attempt no resistance.  Involved is educating working people in the principles of socialism,  teaching the workers the need for unity and solidarity in their inevitable class struggle against the bosses, their State, and their system. Socialism means workers imposing their will upon a system controlling all economic life. Socialism means that your bread and butter are secure no matter what you think. Socialism means that you are free and entitled to speak your mind. Workers must become a class for themselves. They must acquire a clear understanding of their real position under capitalism, of the nature of capitalist society as a whole, and of their mission in history. They must act consciously for their class interests. They must become conscious of the fact that these class interests lead to a socialist society. When this takes place, the workers are a class for themselves, a class with socialist consciousness. Workers require a clear, thoroughgoing understanding of capitalist society, their position in it, and the need to replace this society with socialism.

To help to imbue the workers with this class consciousness, or socialist consciousness that is the specific function of the Socialist Party which is composed of those workers who already understand the nature of capitalism. Our aim is to develop the same understanding among all the workers, so that they no longer fight blindly but with a clear and scientific knowledge of who their class enemy is, of what the working class itself can and must do in society to change things in the interests of the working class as a whole.

The Socialist Party makes clear to the workers the full meaning of their fight. It shows how even the local struggles, against one capitalist, are really class struggles against capitalism. It combats the open and the insidious ideas of capitalism so that the working class as a whole may be better equipped to fight its enemy. It aims to improve the position of the working class, to strengthen it, to clarify it and supply it with the most effective weapons in the struggle. To put it briefly, a revolutionary socialist party is needed to win the working class to the principles of socialism. Socialism will never come by itself. It must be fought for. Without an organised, conscious, active revolutionary socialist party, the triumph of socialism is impossible. What is a socialist revolution? The socialist revolution is simply the overthrow of capitalist despotism and its replacement with the brotherhood and equality of all peoples of  humanity. Socialism is world socialism, or it is not socialism at all. A  class-free socialist society cannot be established within the framework of one country alone. Just as socialist economy could not exist side by side with a capitalist economy in one country, so a socialist nation could not exist side by side with capitalist nations in one world. one or the other would have to win in the end.