Build a future worthy of our dreams

Socialism will result in an enormous increase in industrial and agricultural efficiency. The socialist system of planned production, based upon common ownership of industry and the land, is incomparably more efficient than the anarchic capitalist system founded upon private property, competition and the exploitation of the workers. With the limitations of the capitalist profit motive removed, the road will be opened to virtually unlimited expansion of industry and mass consumption.

Socialism will remove great waste, inherent in the unplanned, competitive capitalist system. It will eliminate the innumerable useless and parasitic occupations. It will turn to useful social purposes the immense resources used by these socially useless elements.

Socialism will also conserve the natural resources of the country which are now being ruthlessly wasted in the mad capitalist race for profits. Finally, socialism will end war, with all its agonies and losses. The abolition of the robbery of the workers by the capitalists in all its myriad forms; the disappearance of the capitalist economic crises, with its mass unemployment and general crippling of the productive forces; the development of an industrial efficiency and a volume of production now hardly dreamed of; the careful conservation of natural resources; the abolition of war;—these measures will provide the material bases for a well-being now quite unknown in the world.

It is characteristic of capitalism's apologists to justify all the robbery and misery and terrors of its system by seeking to create the impression that they cab be blamed upon the basic traits in human nature. Preventable disasters are made to appear almost as natural phenomena, “acts of God”, over which mankind has no control. The same general attitude is taken with regard to war. War is put forth as arising out of the very nature of humanity. Mankind is depicted as an aggressive animal, and therefore capitalism escapes responsibility. War becomes more or less inevitable. This is all nonsense, of course. Humanity is by nature a gregarious and friendly animal and does not make war because of a dislike of others, differing in appearance, language, or religion. Wars have always arisen out of struggles over the very material things of wealth and power. This is true, whether living in a tribal, slave, feudal or capitalist economy, and whethe the true cause of his wars have been obscured with an intense religious garb or with slogans about building democracy. The cause of modern war is the commercial trading policies of the capitalist nations for dominance in the world struggle for markets, raw materials and territory. In a society in which there is no private property in industry and land, in which no exploitation of the workers takes place and where plenty is produced for all, there can be no grounds for war. The interests of a socialist society are fundamentally opposed to the murderous and unnatural struggle of international war.

A socialist world will be a unified, organized world and the raw material supplies of the world will be at the disposition of the peoples of the world. Another classical capitalist argument against socialism is that it would destroy innovation and incentive; that is, if private property in industry and the right to exploit the workers were abolished the urge for social progress, and even for day-to-day production, would be killed. If there is no exploiting class to rob people of the fruits of their toil and when they welcome better production methods because it brings benefits to them and having broken the chain of wage-slavery and engaged in building a new world of liberty, prosperity and happiness for themselves and families, can anyone seriously suggest there will not be enthusiasm for work.

In capitalism many workers show no interest in their work for they are robbed of what they produce and any improvements in technology mean job-cuts and unemployment. Incentive under capitalism is confined practically to the exploiting classes and their hangers-on. It is only with the advent of socialism that the great masses develop real involvement.

When capitalist intellectuals speak of individualism they have in mind the right of freely exploiting the workers. They mean that the anti-social individualism of capitalism. The boast of capitalist apologists about the equal opportunity which their society affords, that it is a case of the survival of the fittest, is a tissue of lies. With socialism no one will have the right to exploit another; no longer will a profit-hungry employer be able to shut his factory gates and sentence thousands to starvation; no more will it be possible for a little clique of capitalists and their political henchmen to plunge the world into a blood-bath of war. Such individualism is doomed. But the socialist revolution will create in its stead a new and better development of the individual, freeing each person from economic and political slavery will, for the first time in history, give them an opportunity to fully develop and express their personalities. Theirs will be an individuality growing out of solidarity and harmonizing with the interests of all. It will not have the objective of one’s getting rich by robbing the toilers, but will develop itself in the direction of achievement in science, industrial technique, art, sports, etc. Only socialism can provide equality of opportunity, which means a genuine occasion to enjoy life and to develop their latent talents.

Capitalism, with its exploitation, terrorism, superstition, and cultural ignorance, not socialism creates a regimentation and standardisation of the same. Changed social conditions develop different “human natures.” Thus competition, a ruinous, anti-social thing under capitalism, may become, in socialism, highly beneficent. Life in a socialist society will be varied and inspiring. People will vie with another, as never before, to create the useful and the beautiful. Locality will compete with locality in the beauty of their gardens and parks and architecture. The influence of individuality and originality will be upon everything. The world will become a place worth living in, and its joys will not be the privileged monopoly of a ruling class but the heritage of all. The socialist revolution initiates changes more rapid and far-reaching than any in the whole history of mankind when workers unshackle their age-old chains of slavery to construct a society of liberty and prosperity.

Socialism will be a new era for humanity, the building of a new world. The overthrow of capitalism will bring about the immediate or eventual solution of many great social problems, among them religious superstition, famine, pestilence, crime, poverty, alcohol and drug dependency, racism and national chauvinism, the suppression of women and every form exploitation of one class by another. Capitalism, with its poverty, wage-slavery, shanty towns, lack of hospitals and doctors undermines the health and well-being of everyone and destroys our constitution. Socialism with its nutritious food, its decent housing and surroundings and working conditions, will make good health the property of all.

Only a system of world socialism can fully uproot and destroy all these evils. Capitalism, based upon human exploitation, stands as the great barrier to social progress. Socialism frees humanity from the stultifying effects of the bestial struggle for survival and opens up new horizons. Socialists will carry through many profound measures for the re-organization of the economics of the world upon a rational and planned basis, the sustainable use of the world’s natural resources, the beautification of the world , the development of the vast potential of science, the end of congested cities and the combination of country and urban life.

For many generations a long list of Utopians have dreamed about an ideal society. Today, socialism can be a living reality. Our children and
grand children will look back with horror upon what was capitalism and wonder why we tolerated it for so long. 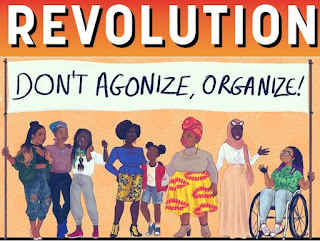