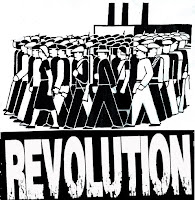 Our goal is one of a world free from exploitation and poverty. The Socialist Party reaches out to our fellow-workers wherever they may be to engage in debate and discussion. We invite all who see that there is a problem and are ready to do something about it to join with us. The future is in our hands. We shall overthrow capitalism. We use the term socialism as though it were identical with the teachings of Marx and Engels.

If humanity is to be reborn we need to build a peaceful, prosperity world. Our fight is to reorganise society. Our vision is of a new, co operative society. The revolution we need is possible. A great optimism is beginning to sweep over the oppressed. We must guarantee the revolution achieves the common good through common ownership. If there is going to be production without wages, then there must be distribution without money. Political education is the cornerstone of the Socialist Party. Only by engaging in the most sustained and unflinching struggle for the hearts and minds of the people can we win this social revolution. We seek to challenge people to begin the process of transformation into conscious thinkers who, through the science of society, become aware of themselves as indispensable contributors to the liberation of humanity. No policy of patching up capitalism can avail. Capitalism maintains its profits solely on the basis of lowering and worsening the standards of the workers.

With the abolition of classes and class distinctions, all social and political inequality arising from them will disappear. The conflicts of interest between workers and farmers, town and country, manual and intellectual labour will disappear. As classes will not exist, the state will not be necessary as an instrument of class rule and will gradually have withered away.

Piecemeal social reform is useless against a structure sustained by competitive inequality. Ending poverty does not mean a redistribution of income through higher wages, nor a progressive tax regime or any other government welfare policy. As long as business is allowed to profit by there can be no sharing in the benefits to improve living standards. The poor will not always with us – provided we end capitalism. Workers have a common interest in fighting exploitation and breaking the system as a whole. Stupefied by brutal poverty, workers demand that they shall have some of the beauty, some of the comforts, some of the luxuries which they have produced. Slowly the people — the great "common herd" —are waking up to what is wrong with the social, political and economical structure of the system of which they are a part.

Things are as they are because the foundation of society is laid upon a basis exploitation for a small minority, with total disregard to the well-being of all the rest. Society built upon mercenary principles is bound to thwart the development of all men and women, even the most successful because it tends to divert energies into useless channels produce a depraved and degraded standard of values. Greed and self-interest are held to be the main objects of pursuit and conquest, the lowest instincts in human nature — love of gain, cunning and selfishness — are fostered.

The climate crisis is proof positive that capitalism has once more failed us all. However this system will not fall on its own accord. It requires to be tumbled and only the working class can give it its necessary push for only working people understand that our class interests are not merely the economic needs of working people but the universal interests of a healthy planet for all the people.

If the working class continue to accept capitalism as the as normal, then there is indeed no alternative but to campaign for improved management and better technical fixes to cope with capitalism's endless growth. Capitalism is a “grow or die” economy, it cannot consider place limits on its search for profits and capital accumulation even if it is contrary to our best science. Businessmen cannot stop themselves from investing for short-term advantage nor can they avoid the commercial quest for limitless profits and limitless growth. No capitalist enterprise can opt out of the system for long and survive. Capitalism's goals are power and profit. The oligarchs and plutocrats are organised class-consciousness, thinking globally and acting globally. They use all the means at their disposal.

How about us? We should be building a socialist opposition – the movement of movements. We have the vision of a new way of living but cannot continue to act in the old way and let the elite to rule us as they have. In the end, organising is about political action, all about “power to the people”. When millions of us begin to move, we will find the way forward together.

While we aspire to be “a class for itself”, we can also simultaneously become a class for all humanity and the whole planet. We can inherit the earth as our shared heritage without owning it. We can receive its bounty without wasting or destroying it. This way we can win. Let us all begin to act now.

“There has never been anything like this revolution in the history of the world. There is nothing analogous between it and the American Revolution or the French Revolution. It is unique, colossal. Other revolutions compare with it as asteroids compare with the sun. It is alone of its kind, the first world- revolution in a world whose history is replete with revolutions. And not only this, for it is the first organized movement of men to become a world movement, limited only by the limits of the planet.” — Jack London