Our message as socialists is clear 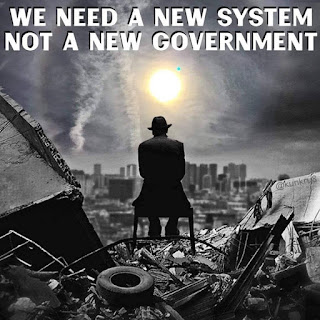 Under the capitalist system basic goods and services are produced for the market, to make profits. In mature capitalism, the workers who supply our goods and services are market-dependent because they generally live by selling their labour-power for a wage. In other words, labour-power has become a commodity. Workers are paid for their work. But do workers in capitalism really get paid for all the work that they do? What are they actually paid for? They’re paid for their labour power for a certain period of time, not for what they actually produce during that time. Whatever the workers produce belongs to the capitalist, and the capitalist appropriates the difference between what the workers are paid and what their products or services will fetch on the market. So capitalists appropriate the surpluses produced by workers in the form of profit, just as landlords appropriate surpluses from peasants in the form of rent. Workers aren’t legally dependent on capitalists. They’re not slaves or serfs. They’re not in conditions of debt bondage or peonage. They’re obliged to work for capital not because they’re compelled by the capitalist’s superior force, but because they need to sell their labour power for a wage just to get access to the means of subsistence.

Capitalism, however, does not extract surpluses from workers by means of direct coercive force but through the market. The fact that capitalists can make profit only if they succeed in selling their goods and services on the market, and selling them for more than the costs of producing them, means that making profit is uncertain. Capitalists have to compete with other capitalists in the same market. Competition is, in fact, the driving force of capitalism — even if capitalists often do their best to avoid it, by means, for example, of monopolies. But the social conditions that, in any given market, determine success in price competition is beyond the control of individual capitalists. Since their profits depend on a favourable cost/price ratio, the obvious strategy for capitalists is to cut their own costs. This means above all constant pressure to cut the costs of labour. This requires constant pressure on wages, which workers constantly have to resist. It also requires constant improvements in labour productivity. That means finding the organisational and technical means of extracting as much surplus as possible from workers within a fixed period of time, at the lowest possible cost. To keep this process going requires regular investment, the reinvestment of surpluses. Investment requires constant capital accumulation. So there’s a constant need to maximise profit. The point is that this requirement is imposed on capitalists, regardless of their own personal needs and wants. Even the most modest and socially responsible capitalist is subject to these pressures and is forced to accumulate by maximising profit, just to stay in business. The need to adopt maximising strategies is a basic feature of the system and not just a function of irresponsibility or greed.

Production is determined not by what’s needed but by what makes the most profit. Everyone, for instance, needs decent housing, but good and affordable housing for everyone isn’t profitable for private capital. There may be a huge demand for such housing, but it’s not what the economists call “effective demand,” the kind of demand with real money behind it. If capital is invested in housing, it’s most likely to be high-cost homes for people with money. That’s the whole point of capitalism. Where production is skewed to the maximisation of profit, a society can have massive productive capacities. It can have enough to feed, clothe, and house its whole population to a very high standard. But it can still have massive poverty, homelessness, and inadequate health care. With its emphasis on profit maximisation and capital accumulation, it’s necessarily a wasteful and destructive system of production. It consumes vast amounts of resources; and it acts on the short-term requirements of profit rather than the long-term needs of a sustainable environment. All aspects of life that become market commodities are outside the reach of democratic accountability. They answer not to the will of the people but to the demands of the market and profit.

Capitalism needs intervention by the state in some ways more than any other system, just to maintain social order and the conditions of accumulation. But the economic power of capital is separate from political power in two senses: the capitalist’s power over workers doesn’t depend on privileged access to political or legal rights, and possession of political and legal rights by workers doesn’t free them from economic exploitation. The capitalist system is driven by certain inescapable imperatives, certain compulsions, the economic imperatives of competition, profit-maximisation, constant accumulation and the endless need to improve labour productivity. These really are imperatives. They’re not just choices made by greedy capitalists. They’re conditions of survival for capital. Capitalist democracy in all its forms. There’s no such thing as a capitalism governed by popular power, no capitalism in which the will of the people takes precedence over the imperatives of profit and accumulation, no capitalism in which the requirements of profit maximisation doesn’t dictate the most basic conditions of life. Political rights in capitalism, even though they’re more widely distributed than they ever were before, leave out huge aspects of our lives. 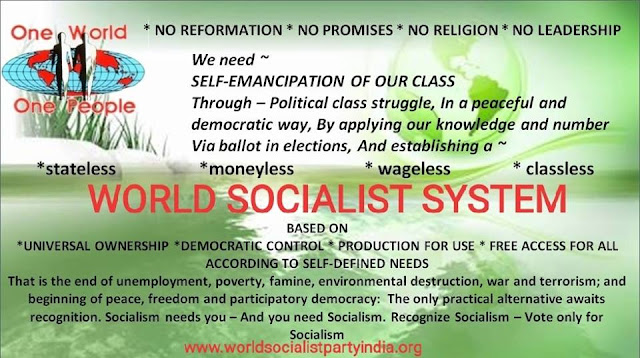 Very good blog. Thanks for writing it!