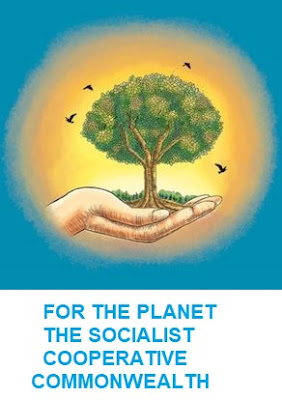 Deprivation and destitution in the midst of plenty, is the hallmark of the capitalist system of production. The tremendous power of social production produces goods far beyond the realms of our imagination. Wealth exists in this World in abundance. But the distribution of this wealth proceeds according to the social relations of society. These are capitalist relations, resting upon the capitalist ownership and control of the means of production. Ours is a class society and as such even under the plans of Bernie Sanders or Jeremy Corbyn these relations would remain, only the wealth would be redistributed by cutting the big fortunes and adding to the smaller ones or giving to those that have none. But this is impossible under capitalism since the ownership and control of the means of production determines the form of distribution of all wealth. So far this has meant and can only mean ever greater riches for the parasites and ever greater impoverishment for those who toil, who have nothing but their labour power to sell – and to sell only when the bosses see fit to buy.

What is the cause of inequality? It is the ownership and control of the means of production. This system secures the right to exploit labour by leaving in the hands of the capitalist class also the ownership of the surplus value produced by the labourer over and above what received as wages. This is how profits are acquired. Moreover, under the conditions of mass production, and in order to continue the process of production. In other words, sufficient only for their bare upkeep when they have jobs. Of course, the abundance of wealth available could easily guarantee to each family, as reformers proposes. But this is impossible under the profit system. Corbyn and Sanders grandly proclaim for the redistribution of wealth; but are equally vocal in the pronouncements for the maintenance of the present social order, the continuation of the right to exploitation so that returns to shareholders in the form of unearned incomes may continue; so that dividends on stocks may be paid of profits taken out of the exploitation of labour which they guarantee to proceed uninterrupted. This is but the attempted stabilisation of the system of exploitation. To stabilise capitalism means to stabilise the political and economic power of the class that owns and controls the means of production. They will not consent to any compulsory redistribution of their wealth. They do not even permit the workers to organise into unions so as to obtain a living wage without the most stubborn resistance. They will not yield their economic power, or surrender their accumulated wealth, nor give up their privilege to exploit labour. They'll use their power to determine who can be elected to the public offices and to dictate the policies and their its execution by the government, as well.


A real redistribution of wealth and a real program of social security can be carried out in no other way than by the overthrow of the system of capitalism. That is not at all the purpose of Corbyn or Sanders. Only the working class revolution can accomplish that.