A Livable Future for All 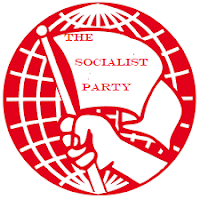 A primary task for the Socialist Party is that it should explain its aim clearly, so that they can be understood by every one. We must do away with many misunderstandings created by our class enemy and some created by those who are mistaken for socialists. The main idea of socialism is simple. Society is divided into two classes by the present form of private property. One of these classes, the wage-earning, possess nothing except their ability to work. They can only live by their work, and since, in order to work, they need an expensive equipment, which they have not got, and raw materials and capital, which they have not got, they are forced to put themselves in the hands of another class that owns the means of production, the land, the factories, the machines, the raw material, and accumulated capital in the form of money. The other class, the owning and employing class, the capitalists, exists and lives off the labour of the workers. All this misery, all injustice and disorder, results from the fact that one class has ownership and control of the means of production and of life, and imposes its will on another class and on society as a whole.

Socialism is where the differences of class is abolished by ending the power of exploitation and oppression in the hands of a single class. The rule of the minority will be substituted by the co-operation of citizens associated in the common ownership of the means of production and distribution. That is the essential aim of socialism, to transform capitalist property into social property. The socialist revolution, does not rest content after it has abolished capitalism; it must go on to create the new type under which production is to be carried on in a rational cooperative manner. If society was not able to ensure the proper working of a new social system, it would fall into disorder and chaos, and the achievement of the revolution would be lost.

We do not define our conception of the ‘working-class’ too narrowly. As we have explained , we include in the working-class all those who live exclusively or principally by means of their own labour, and who do not grow rich from the work of others. Thus, besides the wage-earners, we should include in the working-class, the lower and even middle management, the small farmers and small shop-keepers, the self-employed and the unemployed, in other words, all those who suffer from our present system of production.

Great social changes that are called revolutions cannot be accomplished by a minority. A revolutionary minority, no matter how well-intentioned or well-organised, is not enough, to bring about a social revolution. The co-operation and adherence of a majority, and an immense majority, are needed. Our socialist revolution will not be accomplished by the action of a bold minority, but by the coordinated will of the immense majority. Whoever depends on a fortuitous turn of events or physical force to bring about the revolution, gives up the chances of winning over the immense majority to our ideas, and at the same time give up any possibility of transforming the social order. A new social system cannot be created and inspired by a minority. It can only function with the acceptance and assistance of the majority. And it is this majority who add and multiply with their own little undertakings from which the new society will arise. It is this majority that will transform the capitalist world into the various types of social communal and co-operative, communal associations. In this task of social construction, the people must voluntary combine and collaborate. The common good will be their object and for the first time in history, a revolution will have for its aim, not the substitution of one class for another, but the destruction of classes, the inauguration of a universal harmony. In the socialism order, the organisation and co-ordination of effort and resources will not be imposed by the authority of one class over another, but will come as the result of the free will of associated producers, a system based on the free participation of all. Such a way of organising daily life can only succeed by the general will and desire of the community, if destined for the benefit of all.